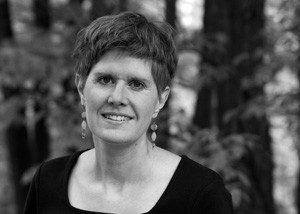 “Paralyzing despair is its own refuge from responsibility. So is cynicism. So is denial,” writes Sandra Steingraber in her 2011 book Raising Elijah:  Protecting Our Children in an Age of Environmental Crisis.

Steingraber, an internationally recognized expert on the environmental links to cancer and reproductive health, is the keynote speaker at the Environmental Links to Cancer and Human Health forum being held May 10 at Stone Harbor Resort in Sturgeon Bay, sponsored by the Clean Water Action Council of Northeast Wisconsin.

In a telephone call from Santa Fe, New Mexico, where she was meeting with environmental activists, Steingraber said she is “seeing an environmental human rights movement that looks different in every part of the nation but in fact is fighting for the same thing, which is the ability to create good jobs without destroying the environment. That’s going on everywhere.”

Among the topics Steingraber said she will address at the Sturgeon Bay conference is the road to environmental reform and how to get toxic carcinogens out of our environment.

“The road to that goal really runs right though our energy policy,” she said. “In other words, toxic chemicals are created from fossil fuels. Fossil fuels are not just shoveled into ovens and lit on fire in order to keep the lights on. That’s how Wisconsin got stuck with the problem of PCBs. Those were developed from coal tar back in the day. Now they are creating chemicals and plastics from the leftovers of fracking, not because the world needs more plastic bags, but because the ethane that comes out of the ground with the methane – the methane being natural gas. Ethane is a waste product that is then shunted off to make ethylene, which is a building block for things like plastic.

“So I think a lot of good ideas are being held hostage right now by the oil and gas industry, and those include really great technological innovations, solar and wind power being one, but also green chemistry, which shows us how we can solve problems using different materials that don’t necessarily cause cancer in people. I’ll be describing those as well,” she said.

Steingraber said much of her talk will focus on the largely unregulated fracking boom in Wisconsin.

“Wisconsin is facing a new carcinogenic threat with the mining of silica sand for fracking operations,” she said. “The No. 1 export in Wisconsin, thanks to the fracking boom, is itself – the sandstone bedrock, including the very famous areas that Aldo Leopold made famous and that he called Sand County, are being blasted apart, loaded onto rail cars and barges and being shipped to places in the world, like the one I live over the top of, the Marcellus Shale in New York state, to be used as an agent for fracking, and that raises carcinogenic hazards for everyone along the pipeline, but most especially Wisconsiners. As this sandstone and silica sand grains are brought to the surface and processed, silica dust is released into the air and silica dust we know a lot about. It’s a known lung carcinogen and it also causes silicosis. It’s completely unregulated right now in the state of Wisconsin. I’ll be talking about that in great detail.

“It’s not a sustainable practice,” Steingraber continued. “Sand mining spoils the land and makes future economic activity impossible. In addition, it creates health care costs. Health problems created with silica dust are very costly. If you don’t look at it from a human rights point of view, which I do, actually, even if you look at it from an economics point of view, creating economic activity that harms people and raises medical costs does not make economic sense.

“It’s the job of government to protect the well-being of people. That is what they are tasked with doing. Every now and then citizens need to remind elected officials that that is what they were elected to do,” she said.