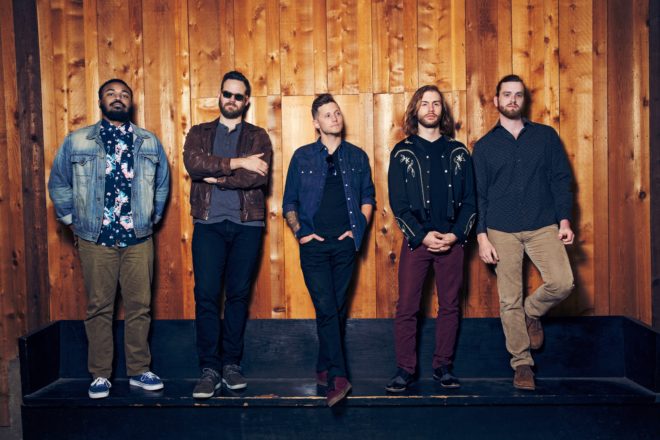 A couple of Nashville boys just wanted to play some music and drink some beer together back when they met in college, but before they knew it, 10 years had passed by and they’d formed a real band, released numerous albums and toured across the world.

The Delta Saints have decided to take a breather, but not until they headline Saturday night at Sturgeon Bay’s Burning Cow Music Festival. I chatted with Ben Ringel on the phone, the band’s lead vocalist, about their music and upcoming break.

Their music is a “mixture of roots rock, vintage blues, and swampy Bayou boogie,” and has lately grown to include some more modern rock ‘n’ roll and indie vibes. Their latest album, Monte Vista of 2017, is their most advanced songwriting to date.

Despite their increased success, the band decided to go on a little hiatus to pursue “other muses” that they’ve been wanting to chase, and other life stuff outside of music, like having kids and enjoying their marriages. Musically, Ringel hopes to work on more indie rock projects. Their drummer is working on producing a project with electronic/hip hop-type music.

He said that even through they know each other really well as a band, it’s been fun to see people try new things and witness their other talents.

On Ringel’s solo project, he’s getting the chance to a be a little more introspective. The Delta Saints have often been inspired to write based on what’s happening around them, like the political climate, or the death of David Bowie.

Overall, the break isn’t what you think — it’s not because they’re fed up with each other or The Delta Saints. It’s quite the opposite, and they’re pausing on a really great note.

“We absolutely love playing music with each other and making records together,” Ringel said. “It kinda makes this whole thing not sad to us.”

It’s not the literal end either. Sure, they’re finishing up a Farewell For Now Tour, but they’re not going to quit doing shows completely. They’ve got a few lowkey sets over the summer, including Burning Cow. There’s no tour pressure for these — it’s about really enjoying them and relaxing.

The future is wide open for them too, and when they join up again, it will be interesting what they’ll come up with, Ringel said. They’ll return to a long history after exploring different avenues, so it could go different ways. Maybe they’ll continue on their track to modern indie rock, or maybe they’ll go a different route altogether. Either way, they have an opportunity to get more comfortable in their skin and to shake their brains up a little bit, Ringel said, and he’s excited.

At least there’s one thing that will remain the same, and that’s their love of beer. Those Nashville boys loved the brews in Madison, but they haven’t tried Door County’s yet. I put in a good word with Ringel, though, don’t worry.

Burning Cow Music Fest is July 26-28 at 4780 Mathey Road in Sturgeon Bay. For the complete lineup and ticket information, go to burningcow2018.com/index.php.