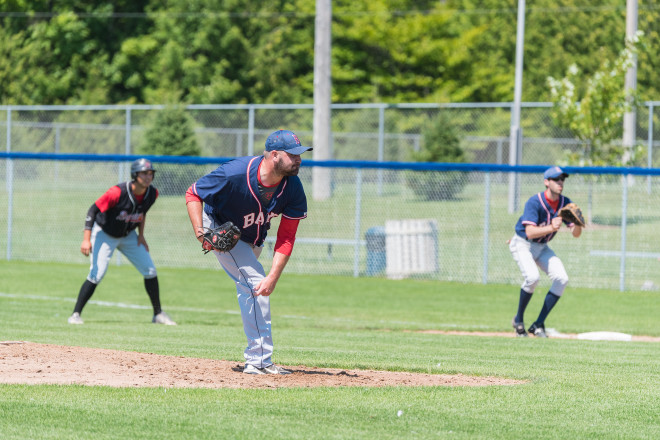 The Bays, who stormed through the regular season behind the pitching of Ryan Demmin, topped the Egg Harbor Indians 7 – 0 at the ball field at the Sister Bay Sports Complex.

It’s the second straight championship for the Bays, and their 13th overall, a total surpassed only by the West Jacksonport Ports (15).

Demmin was named the league’s Pitcher of the Year and MVP. He went the distance in the title game, striking out 15 batters.

Tom Sawyer won the league’s batting championship by hitting .440 for the season, while Sister Bay’s Clark Erickson shared the league’s Manager of the Year award with West Jacksonport’s Tony Bley.

See a (nearly) complete list of the league’s previous champions and award winners at our Door County League History page.