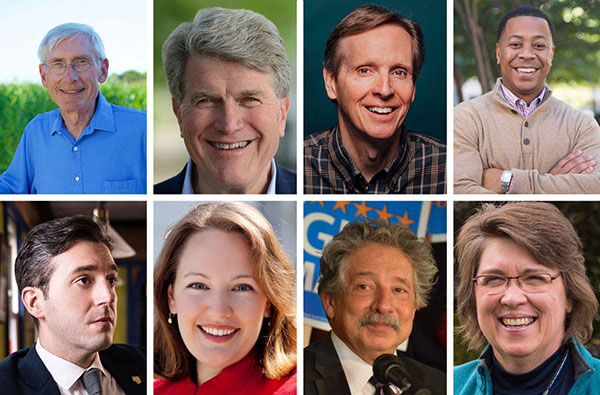 For the office of State Treasurer, Republicans Travis Hartwig of Oak Creek, and Jill Millies of Big Bend will face off in the primary, while three Democrats duke it out – Dawn Marie Sass of Belleville, Cynthia Kaump of Madison and Sarah Godlewski of Madison.

Five Republicans are on the ballot for the United States Senate seat held by Tammy Baldwin, who is running unchallenged by fellow Democrats. The five Republicans are the two frontrunners, Kevin Nicholson and Leah Vukmir, followed by George Lucia of De Pere, Griffin Jones of Madison and Charles Baman of Delavan.

For more information on the primary candidates, visit the State Capitol broadcast network WisconsinEye, which conducted 107 interviews with candidates in the Aug. 14 primary, wiseye.org/Campaign-2018. Some of the candidates also responded to questions from the League of Women Voters of Dane County. Find those responses at lwvdanecounty.org.