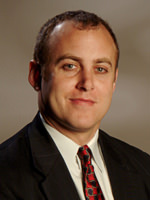 Editor’s Note: Excerpts from Gov. Walker’s 2017 State of the State Address can be found here.

The annual State of the State event is an opportunity to address the citizens of Wisconsin directly, highlighting our successes, challenges, and offering a vision going forward to meet those challenges. As Gov. Walker begins his seventh year in office, it has become clear that he is unwilling or unable to address the bigger challenges facing Wisconsin now and in the future. The Governor has become a weak leader at a time when we need bold leadership.

Below are examples of the failure of leadership and poor results under Governor Walker’s tenure.

There is also currently a criminal investigation into allegations of abuse and sexual assault at the Lincoln Hills juvenile facility. The Governor’s office was made aware in February 2012 that there were problems yet took little action until the end of 2015. Amid these ongoing troubles at his agency, Governor Walker’s Corrections Secretary, Ed Wall, stepped down from his post this year.

Under Gov. Walker’s watch, the veterans’ home at King has been plagued with complaints of resident neglect, staffing shortages and deteriorating facilities, as well as recent reports of intentional attempts to hide and withhold information from public and regulatory oversight.

Problems at the veterans’ home continue to come to light at the same time that Governor Walker’s Veterans Affairs Secretary continues to siphon off surplus revenue generated by the veterans’ homes in order to fill budget holes elsewhere. At the same time, the DVA has spent less money on direct grant programs for veterans, with the DVA’s spending on assistance to needy veterans dropping by 61 percent.

In November, Governor Walker’s Veterans Affairs Secretary announced he would also step down from his post.

November tax collections came in 2.3 percent below the amount collected in November 2015. Tax collections are only up 1.2 percent for the current FY2017 so far, well below budgeted revenue of 3.7 percent growth. The revised ending balance for FY2017 of $104.8 million will be the smallest in seven years, providing little funding to carry over into the next budget.