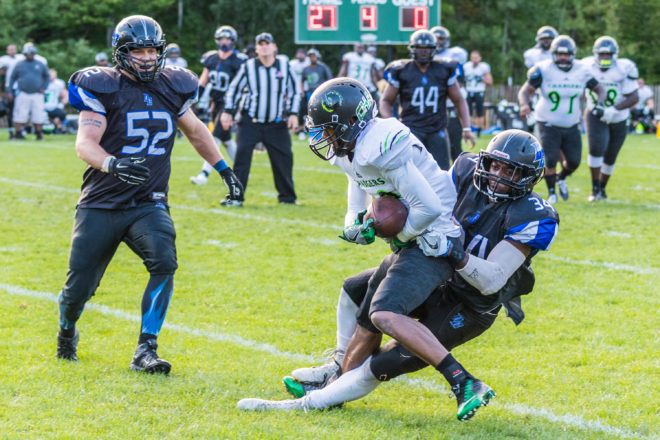 It was a proud moment for the Door County Destroyers to make it to the championship match in only their second year in the MidStates Football League, especially going into the Oct. 1 championship game with a 10-4 record. 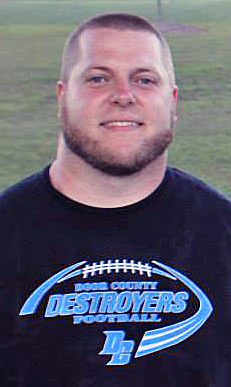 The only problem was an immovable force named the Lincoln-Way Patriots, who shutout the Destroyers and ended the season with a perfect 11-0 record (although they did lose a pre-season game).

“So many highs and the ultimate low at the end,” LeCloux said of the Destroyers’ season. “We turned the ball over way too many times. The Patriots have a great offense. You can’t give an offense like that many opportunities to score. They took advantage of it. It was kind of over at halftime. The score was 24-0 at halftime and you had the feeling in the back of your mind it might have been over. We played defense well in the third quarter and kept them 24-0, but the offense couldn’t get anything going. It was a heartbreaker.”

The final score was 31-0, but LeCloux and company don’t want to dwell on that. Already they are thinking about the 2017 season.

“In semi-pro football, as soon as your season ends, you want to get going again,” he said. “We started the recruiting process. We’ll have our year-end banquet in a couple weeks, and after that it’s planning our indoor workouts in January and getting as many people as we can to start planning for the next season.”

LeCloux said the team will hold workouts and recruit auditions at the Sports Emporium in De Pere.

“The Patriots are a really talented team, definitely more talented than us,” LeCloux said. “We got to that championship game playing football and playing together. So we want to add some more talent to our team next year so we can compete with teams like the Patriots.”

Despite the final loss, LeCloux said it was a great year for the team with plenty of support from family and fans.

“Thanks for all your support,” he said. “Our home attendance was good this year. It actually went up. Hopefully we can persuade more fans to come next year.”