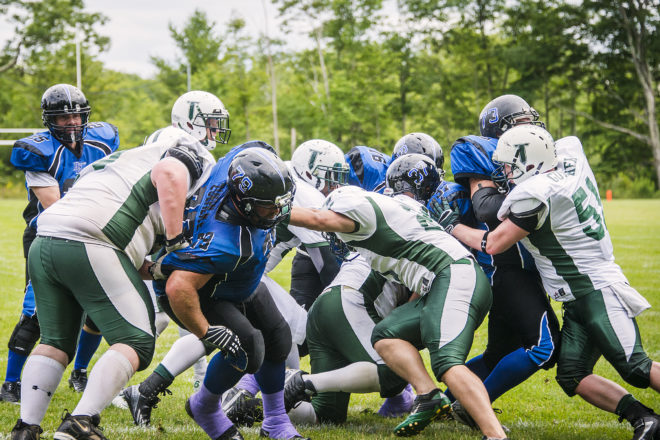 The Door County Destroyers traveled down to Chicago on June 10 to play the Mustangs in the first week of the Mid States Football League season. The defense dominated right from the start, as Bryan Beachler took a fumble in for a touchdown on the very first play of the game. From then on, the Mustangs couldn’t muster up anything as the Destroyers defense allowed little to nothing up until the final whistle. The Destroyers notched their first victory of the season with a score of 30-0.

The Destroyers play next on June 17, 1 pm, at the Baileys Harbor Rec Park. They’ll face the Zion Swarm. For more information find the Destroyers on Facebook.