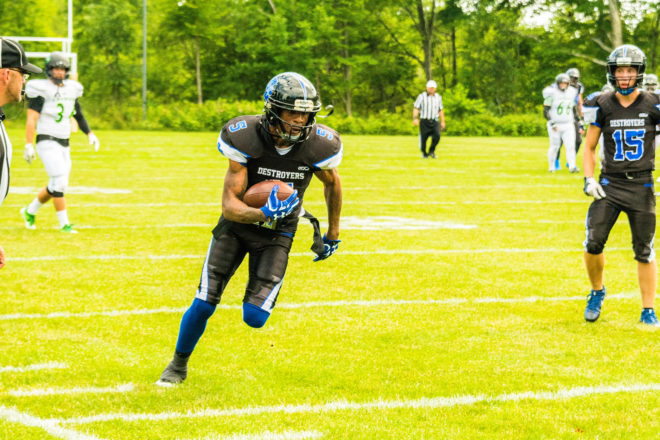 The Door County Destroyers lost a third straight game July 15 against the Milwaukee County Chargers in Week 5 of MidStates Football League play. This was the fourth meeting between the teams; in their last meeting the Destroyers won 27-20 in the first round of the 2016 playoffs. Destroyers had high hopes going into the game of snapping a two-game losing streak, but the Chargers won 35-17.

The Destroyers are back on the road in Week 6 and heading to Illinois to take on Leyden Lions July 22. Their next home game is July 29, 4 pm, against the Racine Raiders. For more information find the Door County Destroyers on Facebook.