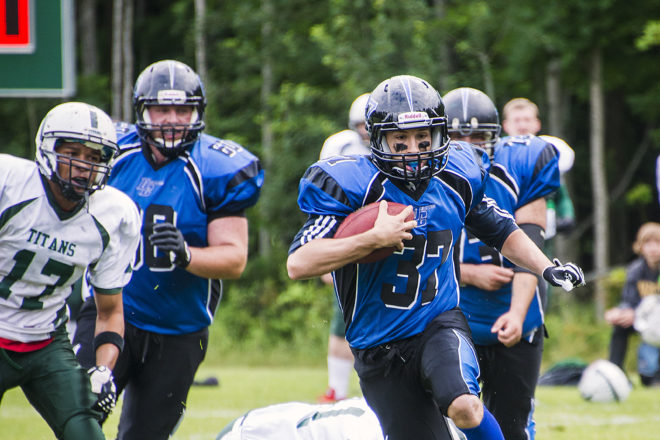 On June 24, in a defensive battle for the ages, the Door County Destroyers lost to the Wisconsin Hitmen with a final score of 9-6. The Destroyers’ only score came off an interception brought in for a touchdown by Craig Polifka. The Hitmen’s touchdown came from a return of a blocked punt. Wisconsin Hitmen take control of the division, improving to 3-0, while the Destroyers sit in second at 2-1.

The Destroyers next play the Rockton Rush on July 8, 7 pm, at the Rockton Sports Complex. For more information find the Door County Destroyers on Facebook.