After nearly two decades on the Egg Harbor Village Board, it looked as if Bob Dickson’s time on the board was up when newcomers Cambria Mueller and Angela Lensch each received more votes in the April election.

However, in that same election, village trustee John Heller succeeded in a write-in campaign to oust village president Joe Smith from that position, which left a seat open on the village board, leaving it up to the board to appoint someone to Heller’s position. 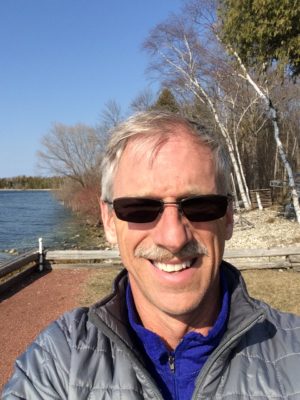 After losing his seat in the April election, longtime Egg Harbor Village Board member Bob Dickson has been reappointed to the board. Submitted.

Smith and former trustee T.C. Johnson each put their names up for consideration, but the board was deadlocked at two votes for each candidate. The board considered using a special election, an expensive proposition, but Johnson offered an easier solution, offering to pull his name from consideration if the board would re-appoint Dickson to the seat.

“I was shocked,” Dickson said. “And then Joe Smith said the same and that was it, I was back on the board.”

Dickson said he is glad to be back.

“I’m concerned about Egg Harbor and think I bring a level head to the deliberations and I’m glad I can continue to serve the village of Egg Harbor,” he said.

Dickson has been involved in the effort to build a new library and community center since it was first proposed and said he looks forward to seeing it through to the end.

“I think that’s a great project and has unbelievable private support, primarily form the Kress family, but from a lot of other smaller donors as well,” Dickson said. “It takes small donations along with large ones to make the full project.”

Dickson said it was unfortunate the village made the mistake of overlooking a statute it had on its books regarding spending limits, which opened the door to a lawsuit from a group of village residents who are trying to stop the project.

“I was there when we had the big fight about the marina,” Dickson said. “That’s when the spending cap came into play. We had the referendum and it failed once. Then we passed it, but we built that marina and I don’t think anyone thinks that’s a bad thing. Everybody loves it now and it’s a really great facility.”

He thinks everyone will come around to the library and community center as well as a major attraction in the village.

“Plenty of groups have already expressed interest in renting the space,” Dickson said. “Ryan’s [Heise, village administrator] has been talking with the county services to help out with the Meals on Wheels program in the catering kitchen. There’s some good things there that are really just good ways to help us offset the operating costs.”