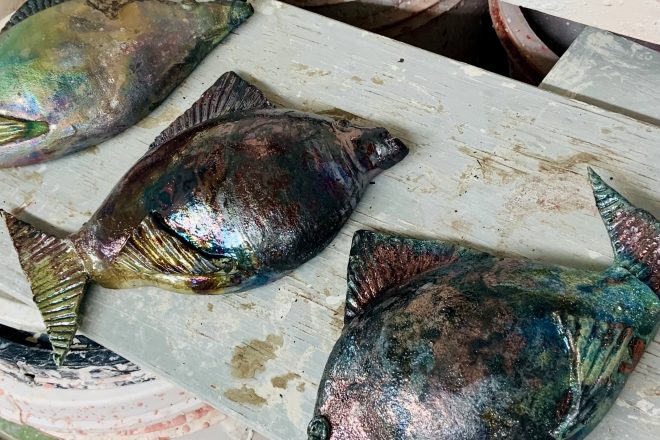 Feed the Fish, a movie filmed in Ellison Bay several years ago, served as his inspiration, and as each year brought a new series of fish, Dietrich has focused on expressing the essence of fish rather than depicting different kinds of fish. This summer’s raku firings have yielded a wide variety of fish colors and expressions, and Dietrich expects to fire more during the fall.