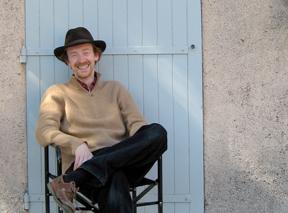 Egg Harbor’s Greens N Grains is planning a “Dinner & a Movie” event for every other Thursday evening beginning November 5.

“The intent is to provide an opportunity for people in Door County to see a collection of high quality art films – ones that would never get a screening in our local mainstream theaters – plus they get to enjoy a dinner, sampling some of the delicious natural and organic food from the deli,” says Greens N Grains founder Kathy Navis.

One Minute More, featuring pianist Guy Livingston, is the first in the biweekly series. Livingston began with an idea he derived with a friend who wrote a 30-second opera, including costume changes. It was a revelation for Livingston, who was studying at the Conservatory in The Hague at the time, and fully occupied with the Concord Sonata of Charles Ives, a mighty work lasting nearly an hour. He decided to invite all of the composers he knew to write a 60-second piece. Ten years later, Livingston has traveled around the world performing his 60-second concert program and has proven that he is as flexible a pianist as he is a theatrical talent. In order to celebrate the 10-year anniversary of the compositions he then invited filmmakers to make one-minute films to accompany the works. One Minute More, 60 works of 60 seconds by the same number of composers, is illustrated by 60 short films by Dutch filmmakers.

All films will be shown in the loft above the Deli at Greens and Grains. The screenings are free, with a $6.50 dinner special for interested parties. The dinner includes soup, salad, a fresh-baked roll, and tea. Dinner begins at 6 pm, with the movie to follow at 7 pm, and guests are invited to come for one or the other – or both. The Deli will also serve a variety of other options including fruit smoothies, paninis, wraps, bakery and dessert specialties, tea and coffee.”

For more information about Greens N Grains or its Dinner & a Movie Screenings, please call 920.868.9999.