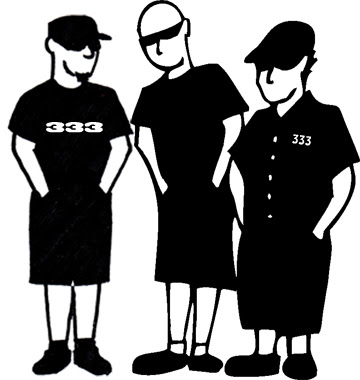 Wisconsin rockers Dirty Deuce will launch their Indiegogo campaign for their long-awaited new album 333 with a concert in their hometown of Sturgeon Bay, at Door County Fire Company on May 13.

333 is a music gumbo, a pinch of hip hop, a dash of R&B, and a whole lot of rock ‘n soul. Why the title 333? Rev. Rob explains, “According to Doreen Virtue’s book Angel Numbers 101 the number 333 indicates that you are completely surrounded, protected, loved, and guided by the benevolent ascended masters. 333 is an homage to one of those ascended masters, our late dear friend, producer and engineer, Billy Triplett.”

The Dirty Deuce sound is best described as rock-tinged alt-country with a strong melodic base, as heard on such tracks as “100 Years” and “Body Is A Temple.” Listeners may also hear such varied influences ranging from T. Rex to ZZ Top.

The show begins at 8 pm. There is no cover charge. The band will perform the entire 333 album. For more information, call 920.818.0625 or visit doorcountyfirecompany.com.