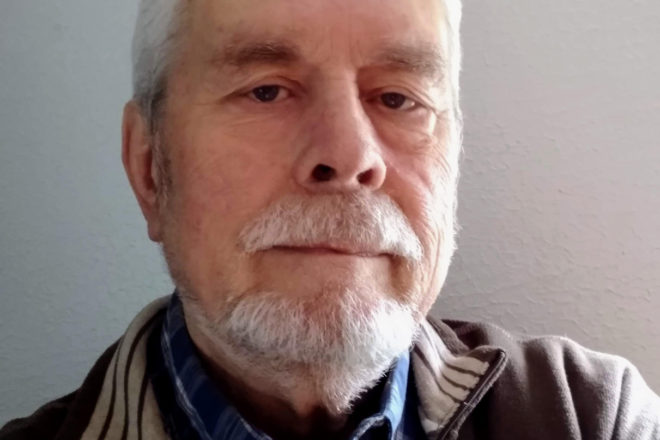 Death has always intrigued Steve Freier, but his unusual interest intensified in 2000, when he was diagnosed with stage-four chronic lymphocytic leukemia. He recovered with little intervention, but in 2019, he lost his wife to breast cancer two weeks after she was diagnosed.

This was a huge shock for Freier, but it also made him want to understand death better and to help others do the same. That’s why he’s established the Life, Death and the Afterlife group, which meets monthly at the Aging & Disability Resource Center of Door County in Sturgeon Bay to talk about death.

“My main goal is to comfort people and to educate so that people do not have a great, overwhelming fear of death,” Freier said. “I try to normalize the idea.”

The meetings started in February, and since then, they’ve attracted a rotating group of participants who discuss their feelings about and experiences with death.

Freier draws upon his 20 years of research – including reading hundreds of books about near-death experiences, out-of-body experiences, and accounts of death and the afterlife – to facilitate these conversations, and throughout it all, he’s come to a conclusion: Death is not the end, but merely a transition into another kind of existence, so people should not fear it.

“Everybody’s evolving continuously, whether you’re in the earth life or in the afterlife,” Freier said. “It’s just one big continuum.”

The purpose of his discussion group isn’t to propagate this idea, but instead to provide a safe space for people of all beliefs and faith traditions to share their ideas and hear others’ thoughts. It might seem like a divisive topic, but Freier pointed out that every participant chooses to attend, so they’re all at least willing to discuss ideas that are different from their own.

Many people naturally think about death more as they age, but Freier said that both schools and churches fail to properly educate people about death, while social taboos prohibit people from having open conversations about it.

That’s why one meeting attendee, Bob Breen, appreciates the group: It provides a space to discuss a topic he couldn’t talk about anywhere else.

“It’s not something you would bring up normally with your friends or relatives,” Breen said.

It’s also a place to share unexplainable experiences. Breen recalled unusual dreams, for example, that he’d had following his parents’ deaths, and Freier said other participants have discussed seeing ghosts or feeling the presence of their deceased loved ones.

“You feel like you’re not the only one who’s had these experiences,” Breen said.

According to Freier, many participants share another experience, too: losing a loved one. That’s what brings many people to the group, as well as what inspired Freier to dive more deeply into the topic himself.

Given Door County’s higher population of elderly residents, having conversations about death is important here, but Freier said he would have started a group like this no matter where he had landed in his retirement.

And it’s not just older people who should think and talk about death. Freier said these are conversations that should take place all throughout life so that people aren’t afraid of dying.

“You don’t want to be stuck in fear, especially on your deathbed,” he said.

Life, Death and the Afterlife meetings take place monthly on the third Thursday, 1-2:30 pm, at the Aging & Disability Resource Center of Door County, 916 N. 14th Ave. in Sturgeon Bay. Space is limited to 12 participants at each meeting, so register in advance by calling 920.746.2372.