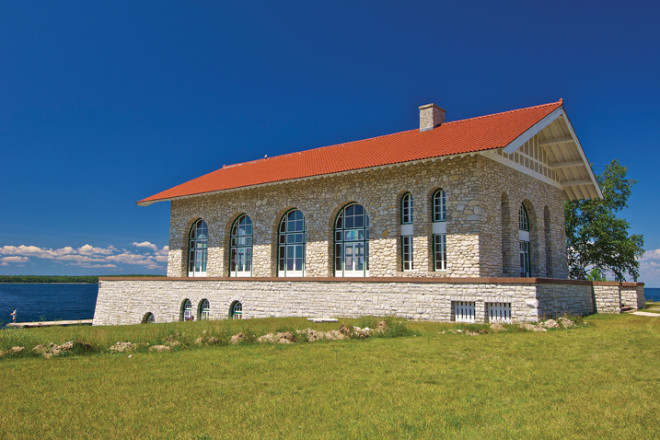 There won’t be any grand adventures to Rock Island State Park this season: The Wisconsin Department of Natural Resources announced June 29 that the park would be closed for the season.

“We’ve closed it for all of our staff, in part because of concerns with volunteers, many of whom are older,” Bergum said.

And the Karfi ferry, operated by the Washington Island Ferry Line, will not run to the island this summer because of the high waters of Lake Michigan.

“No dock, no boat,” said Hoyt Purinton, president of the Washington Island Ferry Line. “High water is the issue. There’s basically no dock to come up against.”

Because the dock at Thordarson Boathouse is not well protected, it’s a more difficult problem to fix than it is for docks in protected harbors.

Bergum said the park is closed to all visitors and activities, including camping, hiking and use of the beach, even if it is accessed by private watercraft.