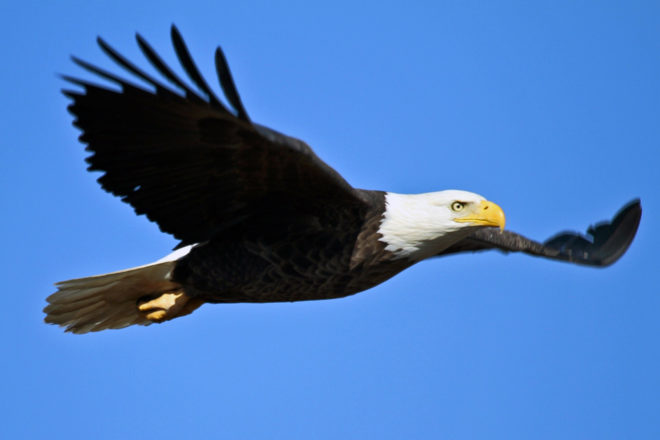 Bruce Arduser took a fateful tour with a hiking group last fall that resulted in his leading the charge to raise funds for a permanent home for a Bald Eagle to become a part of the educational mission of the Open Door Bird Sanctuary (ODBS).

One of the members of the hiking group arranged for a hike of the 34 acres at the bird sanctuary in Jacksonport last fall.

“We’ve been coming to Door County for 30 years now and had never been over there,” Arduser said of ODBS. “They provided some background and then we took a tour of the different birds. It was pretty cool. Everybody in our hiking group was saying, ‘Gosh, why don’t we know about this?’”

Arduser said after the tour a couple of members of the hiking group were talking about the experience and wondered why ODBS didn’t have a Bald Eagle, the most awe-inspiring of the raptors of Door County, among its avian guests.

“The number one bird in my mind that always sticks out is the eagle,” he said. “That’s the one bird everyone is oohing and aahing about. We just thought it would be a great thing to add to what they already have. So we started talking to Rob [Hults, ODBS executive director] about it. We asked what was needed to get an eagle in here, and one thing led to another.”

Suddenly, Arduser found himself in charge of raising funds to bring a Bald Eagle into the fold at ODBS.

“That’s exactly how things work,” said Hults. “We can promote what we do, we can get out in the community, but having those chance meetings like that. Some people we touch a little more than others, it seems, and that’s how things like this get started.”

It was not the first time Hults had been questioned about having an eagle. In fact, he said it is one of the most often-asked questions at the sanctuary.

“They’re the face of our nation and a big success story,” he said. “The educational impact a bird like that has is just tremendous.”

Hults was tasked to come up with a fundraising number to make a home for a representative of our national symbol. Hults said he factored in not only on-site construction for a 600-square-foot aviary for a free-flying eagle, but also food and veterinary costs for the first couple of years, and came up with a figure of $21,000.

“We’re about halfway there now,” he said. “And now we’ve had the really exciting news in the last couple of weeks with a couple of anonymous donors getting involved.” 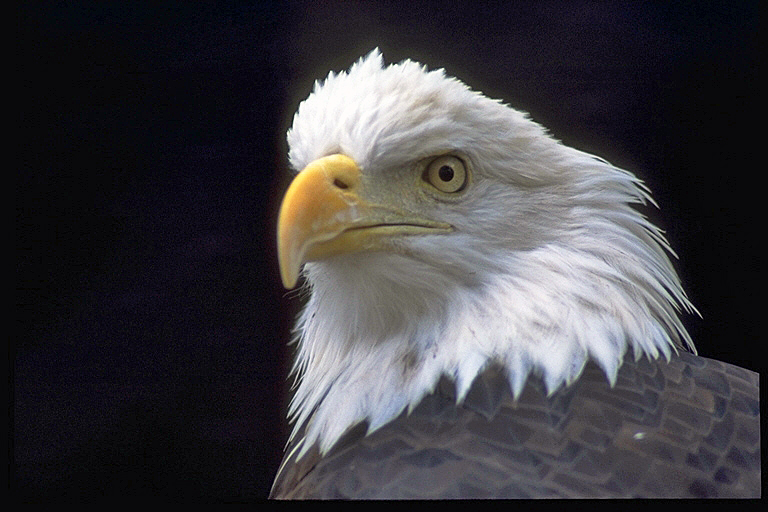 Two donors have promised to provide $4,000 to the Eagle Project if their donation can be matched in 30 days. The fundraising challenge kicked off July 12 with a performance of the acoustic group Hard Maple at the Fireside Restaurant in Ellison Bay, and the results of the campaign will be announced Aug. 12 during an open house at ODBS from noon to 4 pm.

Hults said he designed a state-of-the-art aviary for a fully flighted eagle.

“If we got one of those at the sanctuary, an unreleasable education bird, that would be great,” he said.

Hults explained that ODBS already had funds for an aviary for some of the smaller birds and thought costs could be saved by doing both projects simultaneously.

“The underground work is all done to both aviaries,” he said. “We’re at the point now where we’re ready to go from the ground up. The small bird aviary is fully funded and ready to go. Once our donations for the Eagle Project are at a level we feel comfortable purchasing construction materials for that aviary, we will do so. Our goal is to have both aviaries constructed by the time the snow flies.”

Arduser pointed out that people should know the Bald Eagle who eventually comes to live at the sanctuary probably could not survive in the wild.

“There are some people concerned about captivity with wild animals. I’ve had a number of questions about that,” he said. “What I’ve learned is that these are all birds that have been injured, either through vehicle accidents or injured in the wild. These are animals that have been looked at and reviewed and it has been determined they would not survive in the wild themselves. That’s something everyone should know about. Once I have a chance to talk to people about it, they understand.”

“So many birds become injured due to the hand of man,” Hults added. “The least we can do is give them as good a life as we can because they would not be able to survive on their own in the wild. What that does, too, if a bird like that passed away in the wild or was euthanized, its life would have little meaning from that point. But at the sanctuary, we give a home to these birds and they become ambassadors. We can highlight those species and talk about the trials and tribulations they have in the wild, and educate people about watching a little more closely when you’re driving down the road. When you’re face to face with a Bald Eagle, you see the personality and see them up close, that’s what leaves an impact, that personal experience. That’s the kind of thing that affected Bruce and caused him to take action. That’s what we do at the sanctuary.”

Hults said ODBS is in a great position to obtain an eagle.

“It can be very challenging for rehabilitation places to find a home for injured eagles. There are not a lot of people or facilities that are qualified to handle eagles,” he said. “We are one of them that is, with my background working with them. We look at it as, if you build it they will come.”

Anyone who would like to donate to the Eagle Project or the overall mission of ODBS can send a check to the Open Door Bird Sanctuary, 4114 County I, Sturgeon Bay, Wis., 54235, or to Bruce Arduser, 8159 Chateau Drive, Egg Harbor, Wis., 54209. Make sure to note on the check if it is for the Eagle Project.

“It doesn’t have to be just the Eagle Project,” Arduser said. “I’ve heard Rob talk about the small budget they work on. I don’t know how they do it. It’s amazing what they’ve been able to accomplish on such a small budget. There are not too many organizations that can work on that small of a budget.”

“We have learned to make a dime into a dollar,” Hults said.