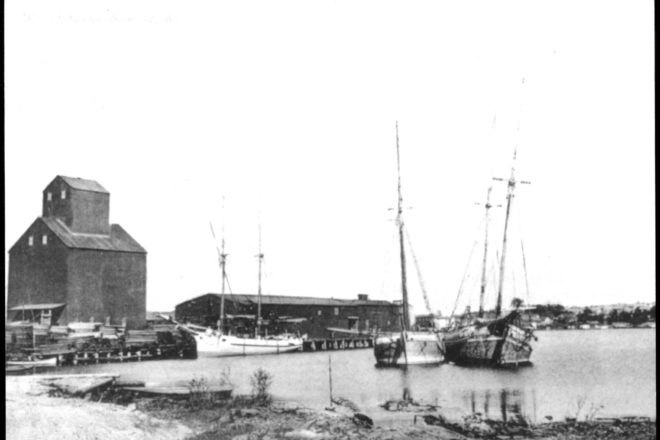 An anonymous donor has pledged $1.25 million for restoration of the Teweles and Brandeis Granary building on Sturgeon Bay’s west waterfront.

The announcement by the Sturgeon Bay Historical Society Thursday, Oct. 26 is the latest development in the ongoing controversy over the future of the Granary property.

‘Somebody is an angel,” said SBHS member Christie Weber. “We are so excited and hopeful that we can now remedy the problems that have plagued this building.”

Weber said the donation is enough for the SBHS to do everything they want to do with the Granary, which dates to 1901. Engineering studies estimated that $150,000 was necessary to stabilize the structure. Remaining funds could be used for restoration efforts and to create an endowment for ongoing operations. The building was placed on the Wisconsin Register of Historic Places in August. 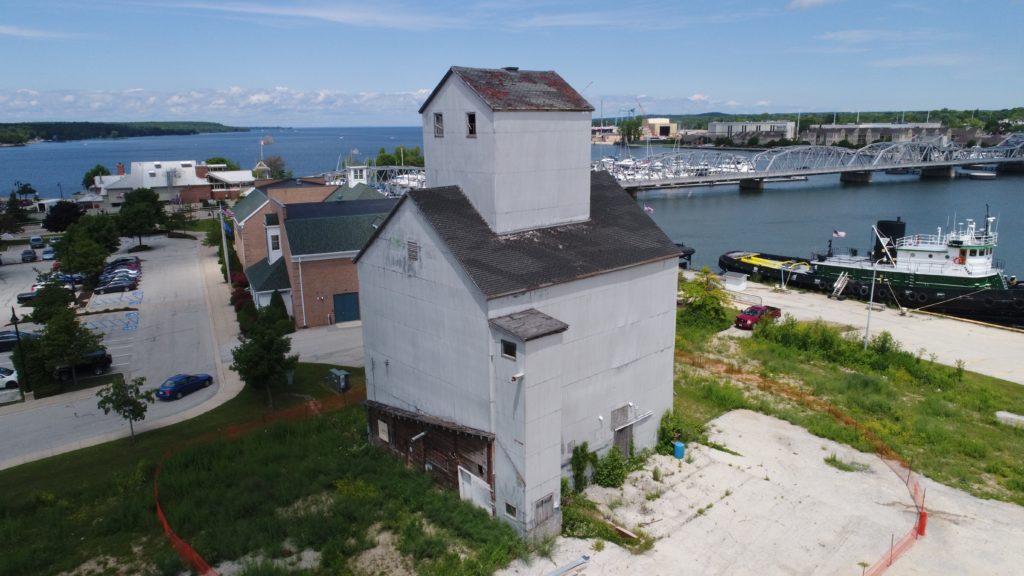 The granary building could be placed on the National Register of Historic Places in November of 2017. Photo by Jacob Dannhausen-Brun.

The pledge, however, doesn’t guarantee the structure will be saved. On Oct. 17 Sturgeon Bay Fire Chief Tim Dietman ordered the building be razed within 30 days, a decision he said was final. That order came after Dietman deemed the building structurally unsound and a risk to public health and safety.

“We hope this money secures the opportunity for re-use to be considered,” Weber said.

City has been notified. “We’re hoping that the city offers what every other building in disrepair would receive, which is to address problems or raze it. We hope that we are able to get the contractors in and stabilize and remove any safety risk first.”

The donation and SBHS efforts are focused on the Granary building, not on additional facilities that might be built around the structure. It would be facilitated by the Door County Community Foundation and stipulates that the City of Sturgeon Bay and SBHS work in collaboration on future plans for the structure.

City Administrator Josh Vanlieshout and Mayor Thad Birmingham did not immediately respond to requests for comment.