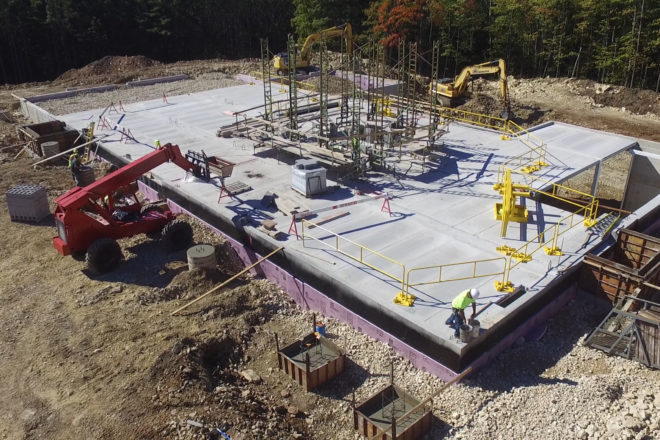 If you’ve had occasion to drive Hwy. 42 through Egg Harbor recently, you can see Mike Brennenstuhl’s dream taking shape in the form of Door Artisan Cheese Company at 8103 Hwy. 42, Egg Harbor.

“It’s going pretty good,” said Wisconsin Master Cheesemaker Brennenstuhl. “I think we’re probably close to 50 percent in completion of the building. The foundation is done. Ninety percent of the contouring of the land is done. We’re beginning the electrical process. The precast flooring was installed last week and the steel girders are there. You’ll see in the next two weeks it is going to take shape.”

Once completed, the building will house a cheese factory with three aging cellars, a retail store and a restaurant, all run by 18 to 34 employees, depending on the season. While the building and grounds have been taking shape, Brennenstuhl has been assembling his management team. 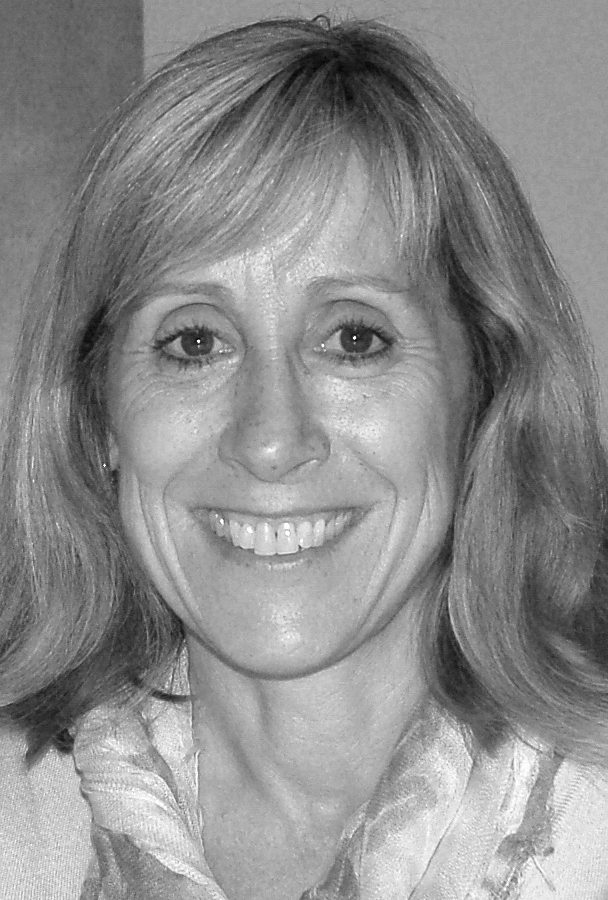 “She worked for me as my national sales manager a number of years ago,” he said. “The whole team has been built around a family atmosphere with a past of working together. My dairy operations manager has 40 years in the cheese business and he’s worked with me in the past. We have a guy coming on as the affineur (the person responsible for aging cheeses) who has worked with me in the past, so we’re not starting from scratch. We’ve got a seasoned team where we’re going to be able to hit the ground running.”

Hill moved from Phoenix, Ariz., to be a part of the door Artisan Cheese Co. team.

“I sought out Mary Beth because what we needed as part of our team, she is excellent at,” Brennenstuhl said.

“I’m a foodie. I have a passion for good food, learning about it and sharing the experience,” Hill said. “When we first met, he said, ‘You’ve got the sales experience and I’ve got the cheese knowledge, so I think I can teach you about cheese and I know you can sell it.’ That’s really how we started our relationship, and I traveled all over the country selling his cheeses. I was taught by one of the best. Mike’s an award-winning cheesemaker and I came at a time when we were trying to focus on the retail side. The opportunity to be a part of that was just an overwhelming idea. Having worked for Mike before, I knew he had this desire. I asked him to keep me in mind, and all these years later, he remembered and gave me a call. You don’t come across opportunities like this every day. Mike calls it ‘the gift.’ The first time he said it, I laughed, but it’s true.”

The next major hire is a chef, and the search is on.

“We started that process about two months ago,” Brennenstuhl said. “From the culinary side, we can’t afford to take a bad step. We’ve got to be top-notch. We have high expectations on our cheeesemaking capability. It’s no different with the restaurant. That is a key thing. We will search until we find the right person, somebody who is unique and who can create the type of entrees we want, but someone with an even keel and demeanor to make the business a success. It’s probably the most important thing – you’ve got to have people who share the same passion. The whole menu will be created around the cheeses we manufacture. We’ll have a few twists, things that will be unique to Door County.”

Brennenstuhl hopes to be making those cheeses in his brand new plant in just a few weeks. 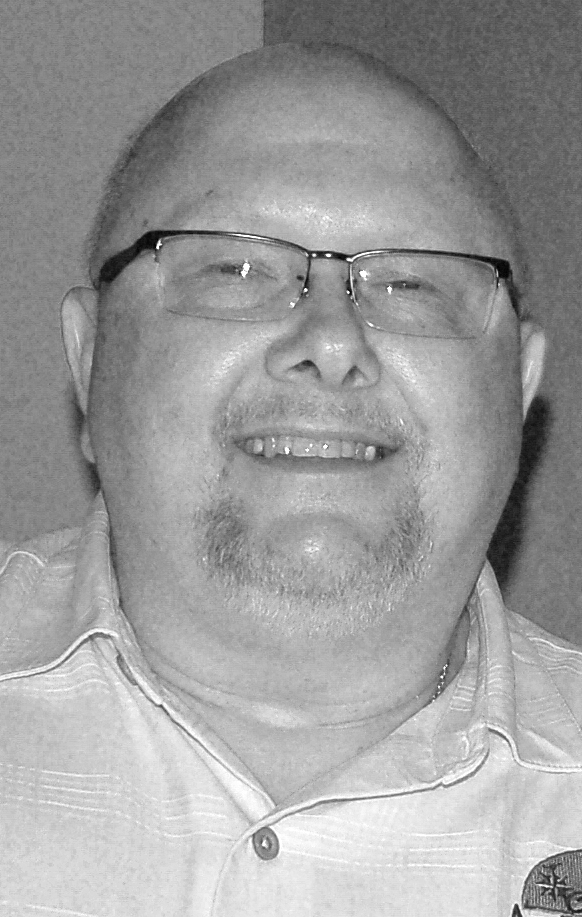 “The goal here is to try and get the building to where I can start to make cheese in the cheese factory by December,” he said. “That would allow me to put some cheeses in the caves for aging. We would then plan on a soft start in March and have our grand opening somewhere in May.”

While he promises all the traditional cheeses – cheddar, colby, jack, mozzarella and curds – he also intends to produce some American originals.

“These recipes have been developing in my head the last 10, 15 years, so now I have an opportunity where I can make them,” Brennenstuhl said. “There are probably five I have right now that are going to be totally unique in the shape and presentation and flavor. I think Door County will be quite pleased with some of the names we came up with. I can’t tell you what they are right now, but it’s going to be a cool deal.

“We ultimately will be making 50 different versions and styles of cheese that are our own, along with another 100 to 125 that we’ll bring from all over the world and from Wisconsin, because Wisconsin’s best, right?” he said. “There are some exotic cheeses that Mary Beth and I love. We’ll bring a culinary experience on the cheese, food wine and craft beer side that will maybe be a little broader than what is up here right now.”

“We don’t just want to be a convenience factor where you stop by to grab a pound of cheese on your way home,” he said. “We want to be able to create an atmosphere where we can do three things. We can provide some education. We have a wealth of education in cheese manufacturing and aging and affineur. We will be doing education in pairings with charcuterie and cheeses and wines and craft beers. Then the real positive thing is, our goal is to have a person come into our venue, store side, do a wine or beer testing with our cheeses, and purchase a glass of wine or draft beer and walk throughout the store and sample our cheeses before they purchase. It’s inviting you to kick back and enjoy yourself.”

And while making cheese, Brennenstuhl and his two cheesemaking colleagues will be wired for sound so customers can ask questions about the cheesemaking process.

“It’s providing a real one-on-one experience. I think customers will appreciate the fact that they can do that,” Brennenstuhl said.