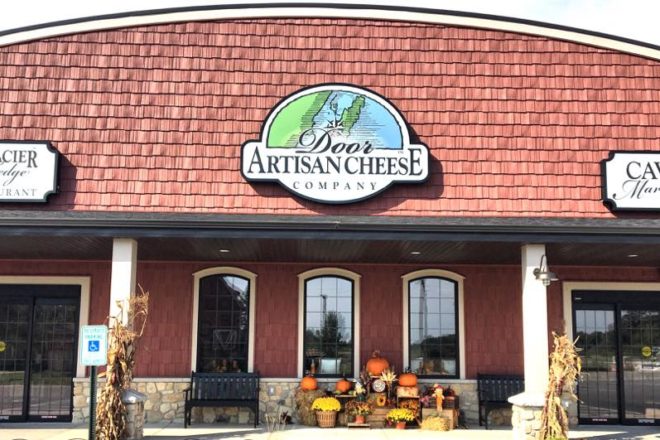 Cheesemaker Darrell Demeter of Door Artisan Cheese Company, Egg Harbor, took home Best in Class for his Cave-Aged English Cheddar in the Natural Rinded Cheddar category of the 2018 World Cheese Champion that ended March 8 in Madison. The Door Artisan Cheddar earned a 99.15 rating from the judges.

A record number of cheesemakers entered in the 121 cheese and butter categories.

Here are other area winners:

Four Wisconsin cheese plants were among the top 20 being considered for the 2018 crown of champion cheesemaker, including Saxon Homestead Creamery of Cleveland, LaClare Family Creamery in Chilton, Sartori Cheese in Plymouth and Maple Leaf Cheese in Monroe.

We’ll have complete results for Wisconsin cheesemakers in the next issue of the Peninsula Pulse.