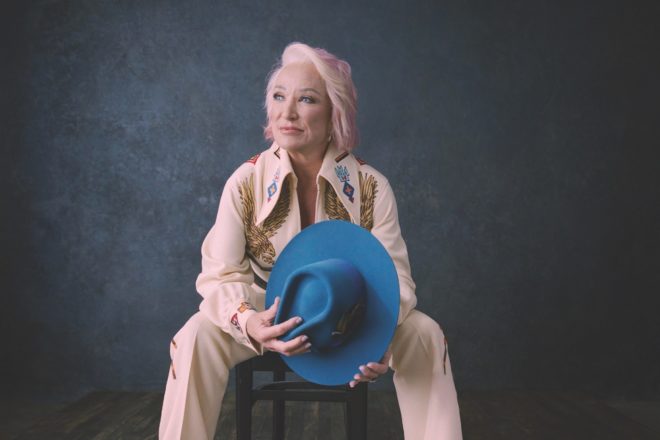 DCA staff said many of them believe the 2020 season is the Auditorium’s best ever. They also acknowledge the uncertainty of the coming months and affirm that health is DCA’s highest priority, and that all programming decisions will be firmly rooted in public health recommendations and state law. DCA will also offer ticket refunds in the event that a performance doesn’t take place or a ticket holder feels unwell.

Director Cari Lewis likens this year’s scheduling process to the sand mandala, a meditative art form practiced by Tibetan Buddhists. Buddhist monks spend months creating beautiful, large-scale masterpieces using sand and stones. When finished, the mandalas are poured into the river, representing the ephemeral nature of the world. Sometimes, they’re never even seen by the public.

“Parts of this season—or even the whole thing—may well be our own sand mandala,” Lewis says. “Still, it feels right to share it and acknowledge the love that we’ve put into it.  We remain at the ready to provide the healing balms of the performing arts, laughter, stories, dance, and song however and whenever we are able.”

DCA had earlier announced that the season would kick off with Michael Franti and Spearhead (July 9).  Franti’s tour has since been put on hold, so DCA will be working to reschedule that event for a future date.  The season will now open with country music great (and 2020 Grammy-Award winner) Tanya Tucker (July 13). Special guest Reverie Lane will open for Tucker.

On October 29, country-folk duo The Cactus Blossoms appear in a double-bill with Idaho songwriter Eilen Jewell, and Zimbabwean vocal ensemble Nobuntu will perform a concert November 7 (in addition to leading educational programming on November 6). On November 28, critically acclaimed Native American singer Joanne Shenandoah presents “Giving Thanks to Mother Earth” on Saturday, November 28. DCA will celebrate the holidays with Glenn Miller Orchestra at Christmas December 11, as well as its annual “Play it Forward for the Holidays” show December 27.

Tickets go on sale to the general public June 9. Special ticket pre-sales for DCA VIPs begin June 2. (For more information on becoming a VIP by joining the Auditorium Society, visit www.dcauditorium.org.) Audience members who plan on attending multiple shows may be interested in becoming season subscribers (subscribers receive VIP ticket processing and save 10 percent on tickets for all events throughout the season). DCA’s office is currently closed to the public; tickets may be purchased over the phone at 920-868-2728 or at www.dcauditorium.org.

DCA is appreciative of the generous donors and sponsors who help bring meaningful and exciting programming to our community. Individuals interested in helping DCA weather the challenges of the upcoming season are encouraged to contact Cari Lewis at [email protected].