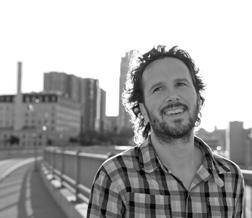 Raised in Pittsburgh, Pennsylvania, Jennings is an American pop/folk singer/songwriter. He began playing guitar and writing songs at age 13 and eventually moved to Minneapolis to pursue his music career. Jennings is known for his simple yet memorable melodies, deep lyrics, literary and historical subject matter, and unique voice. He has eight CDs to his credit, has toured the U.S. extensively, and his music has also appeared in film.

The Door Community Auditorium will announce the full lineup for the 2011 Summer Mainstage season by April 29.