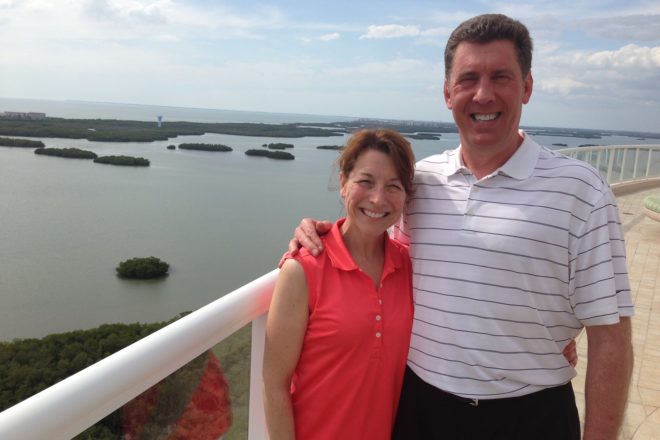 Mark Wagner’s career as director of ticket operations for the Green Bay Packers began with a warning from Bart Starr, the legendary quarterback who was then the team’s head coach.

“You’re the face of the organization,” Starr told Wagner when he was hired in 1977. “You’re the one that people call, and it’s important that you know that you represent the Green Bay Packers.”

Wagner took that to heart. The Southern Door graduate stayed with the team for four decades. Beginning with that interview with Starr, Wagner’s career included the strike-shortened seasons of 1982 and 1987, two Super Bowl titles and stadium renovations that kept the team competitive in a new era.

For Wagner, it all began with Tom Miller, who was the team’s front-office administrator from 1956 until 1988. The team was looking for a ticket person to take over for the retiring Merrill Knowlton. Wagner laughed as he remembered the early-morning phone call from Miller telling him to hurry down to the stadium for an interview with Starr.

“Tom called me and said, ‘Could you interview with Coach Starr?’” Wagner said. “When Bart would come to town through the years, we would often have dinner together. I would laugh and remind him of the story of Tom getting me out of bed to go interview with him.”

Wagner retired from his full-time duties in June 2017, returning home to enjoy retirement where he spent his early years. Wagner spent his early years with his brother, Mike, and their parents in the Maplewood area. Wagner’s father died while Mark was a child; his mother remarried; and Wagner then found himself growing up in a family with six stepsiblings on a farm on Idlewild Road.

“Growing up there was great,” Wagner recalled. “Going to a farm life was an adjustment, but a good adjustment.”

Following his graduation from Southern Door High School in 1975, Wagner attended Northeast Wisconsin Technical College to study marketing sales management, which is what eventually led him to being hired by the Packers. He was Knowlton’s assistant before taking over in 1979.

Wagner estimates that there were a total of “only maybe 20 office members at the time, and the coaching staff was only eight or nine guys.” Also smaller back then was the season-ticket waiting list that hovered around 7,000. That list is about 137,000 today.

Wagner mentioned the strike-shortened season of 1982 as one of his more challenging years because the team had to refund ticket holders and adjust to a nine-game schedule.

Although the 1980s remained relatively stagnant for ticketing, the excitement picked up for Wagner during the following decade when the organization began finding success on the field with the emergence of players such as Mike Holmgren, Brett Favre and Reggie White. The 1996 NFC Championship game against the Carolina Panthers sticks in his memory specifically.

“You could feel the electricity in the stadium,” Wagner said. “You knew that something interesting was going to happen. That year was so huge, and Green Bay was starving for that title. Ron Wolf and Coach Holmgren built a great team. Looking back, it was a great experience for us to go through that.”

The 2010 Super Bowl run under Mike McCarthy and Aaron Rodgers brought back memories of the run 14 years earlier.

“That season was hurt by injuries, but they caught fire, went through the playoffs, and made it to the Super Bowl and beat the Pittsburgh Steelers,” he said.

Wagner greatly appreciates the many people he’s met, worked with and served.

“Coach Starr and Bob Harlan were great to me,” Wagner said. “Mark Murphy has been a great follow-up to Bob and just kept [the success] going. It continues to grow. It couldn’t have worked out better. They were all captains of the ship.”

Retiring as the director of ticket operations did not end all ties with the Packers organization because Wagner continues to serve on the Packers Hall of Fame board. He’s also been appointed to the board of directors for Door County’s We Are HOPE, an organization that connects employers and job seekers to minimize local unemployment and maximize employability.

“They do so much good,” Wagner said. “The staff does a great job and has done a lot to help the community.

Honoring Wagner’s retirement in 2017, Packers President Mark Murphy echoed the comments that Starr had made 40 years earlier: “For many of our season-ticket holders, [Wagner] was the face of the Packers.”