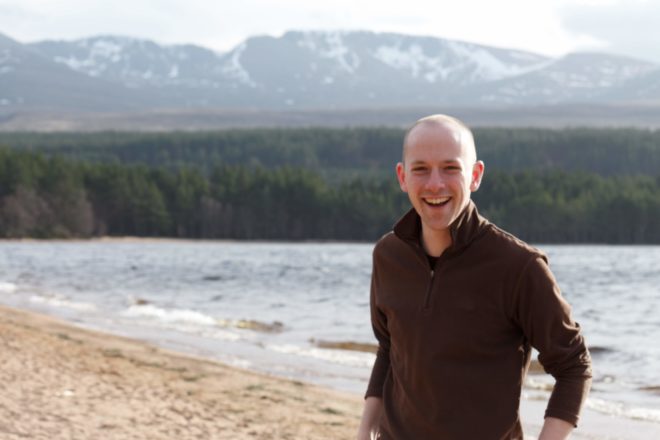 When considering the direction for his postsecondary studies, Peter Burress – a Sister Bay native and 2012 Gibraltar School alumnus – took to heart a message that his mother, Jane, always emphasized as a youth minister at Shepherd of the Bay Lutheran Church in Ellison Bay: To whom much is given, much is expected.

During his time as a Gibraltar student, Burress was active with many pursuits and in many extracurriculars: band, choir, musicals, cross-country, mock trial, math team, Student Council and the school newspaper as an editor. He recalls noticing that other students weren’t always given the same opportunities that he had.

“I was labeled as a good student from a young age, and I received more and more support as I grew up,” Burress said. “I suspect many of my peers had a very different experience, where maybe they were framed in a more negative light, and in turn, they didn’t have the same support as they grew older.”

By becoming aware of these inequalities and inequities from a young age, Burress found himself drawn to advocate for those who didn’t have the advantages that he had had.

For his undergraduate degree, Burress studied psychology and organizational leadership at Carroll University in Waukesha, Wisconsin. Toward the end of his time at Carroll, he gravitated toward advocacy and political studies and became president of a student social-justice organization.

Burress began looking at Ph.D. programs in community psychology, but someone recommended that he apply instead for UW-Milwaukee’s urban-studies program. It was similar to what he had been looking for in a graduate program, but it took a more interdisciplinary approach.

That program peaked his interest in understanding the layers of social issues from an international perspective, so he moved to Scotland for a year to complete a master’s degree in international relations at the University of Edinburgh.

At All Voting Is Local, Burress supports the development and implementation of campaigns. Much of his work centers around supporting poll-worker recruitment so that Election Day polling places are properly staffed, advocating for policies and procedures that ensure that adult citizens in jail can vote if they are not serving a sentence for a felony conviction, and encouraging universities to expand access to student IDs that are compliant with Wisconsin’s photo-ID law.

“I really do believe democracy works best when all eligible voters have an equal opportunity to have their voice heard,” he said. “I am grateful to have the opportunity to work for All Voting Is Local, where I can fight for that belief every day.”

As a result of the COVID-19 pandemic and the potential for a second wave in the fall, All Voting Is Local has been tasked with pushing for options that ensure that every eligible voter can still register to vote, cast a ballot and have that ballot counted. According to Burress, that has meant pushing for educational outreach about voting by mail, advocating for a variety of ballot-return options, expanding early-voting locations, and ensuring that there is a sufficient number of Election Day polling places.

“We strongly believe that no person should ever have to choose between their health and their right to vote,” he said.

Burress said the organization has a big digital push consisting of sharing important information and key deadlines through its own channels, and also getting them into the hands of grassroots partners throughout the state.

All Voting Is Local succeeded in advocating for the Wisconsin Elections Commission to send absentee-ballot applications to every registered voter. Staff members were also successful in pushing Milwaukee to have 16 early-voting locations – up from eight in 2018 and three in 2016.

Right now, the organization is helping to build municipal advocacy tools that emphasize the importance of expanding ballot dropboxes.

Burress said he is particularly concerned about those who, in many cases, rely on in-person services for voting. He and his colleagues are advocating for safe and accessible Election Day polling places that are available to everyone, bearing in mind voters with disabilities, voters with limited internet access, voters who are experiencing homelessness, and voters who need language assistance.

“There is a part of me that will never really believe I have accomplished anything worthwhile until every person has an equal opportunity to accomplish those same things,” he said.