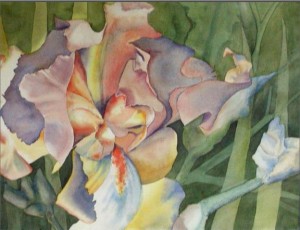 At a time when many galleries along the peninsula are heading into hibernation mode, Charlene Berg is gearing up for a new show to grace the walls of her gallery. Entering her 11th year in business at Gallery Ten in Gills Rock, this winter will mark the third that Berg has opened up her gallery space to the artists of the Door County Art League (DCAL) for an “offseason” exhibition space.

Looking back, Berg states, “[The art league exhibit] was very, very well-received the first year. Lots of people brought work, and we sold some pieces through the winter.” She continued, “It’s a win-win situation for both of us.”

Jeanne Whildin, current co-president of the DCAL, agrees with Berg’s sentiment and feels that the exhibit meets both the gallery’s goals and the art league’s goals.

“We were just delighted,” said Whildin of the opportunity to round out the exhibition schedule for DCAL members. She continued, “Gallery Ten is a wonderful place for the non-snowbirds to have a place to exhibit throughout the winter.”

While the winter exhibit at Gallery Ten will not represent the entire membership – one that nears 250 artists and art supporters – patrons will be presented with a variety of mediums of art and subject matter. For instance, “Cherry Koi,” Marcia Nickols’ painted emu egg, depicts two vibrant fish circling around the delicate structure, leading the onlooker toward childhood memories of trips to the zoo. Then there are David Omara’s sculpted copper trees perched atop granite slabs and cedar roots, bent as if they were shaped by the winds of time rather than the artist’s hands. Or Mary Blotti Anderson’s intimate portrayal of the rust-hued ships being heaved and hauled by tugs in the Sturgeon Bay Canal, an image rather familiar to Door County winters.

All of these pieces and around 50 more from DCAL members will be on display at Gallery Ten in Gills Rock from December 1, 2007 until February 16, 2008. Located at 12625 Highway 42 the gallery, as well as adjoining GT Coffee, will be open Saturday and Sunday from 8 am – 3 pm.

Throughout the course of the exhibit, Berg will offer two cookie receptions so that the public can meet participating members and peruse the artwork. The first gathering is Saturday, December 15, 2007, from 1 – 3 pm; and the closing reception will be Saturday, February 16, 2008, also from 1 – 3 pm.

In addition to the exhibit at Gallery Ten, the league’s showcase gallery at Trattoria Dal Santo will continue through the winter with recently added artwork. The restaurant and gallery are located at 341 North Third Avenue in Sturgeon Bay.