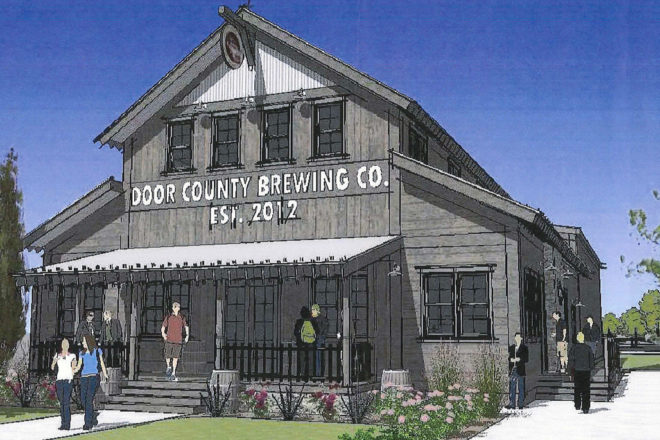 At its Sept. 15 meeting, the Door County Resource Planning Committee gave its approval for a conditional use permit to Door County Brewing Co., allowing the brewery to move from its current location at the corner of Park Road and County F in Baileys Harbor to the center of the town’s commercial district on Hwy. 57.

That was after both the Baileys Harbor Plan Commission and Town Board gave their blessings to the project.

Brewery owner John McMahon said the move was essentially to allow increased capacity for the successful brewery, which opened its current taproom in May 2014.

The brewery will take up 2,100 square feet of the 6,100 square-foot building that will stand where the Fish Creek Moccasin Works now stands. The rest of the building will be devoted to the taproom, which includes a stage for musical performances.

McMahon said he hopes to break ground in November and open the new taproom/brewery next May.

Although it had no pertinence to the issuance of a conditional use permit, the committee chair asked McMahon what he planned to do with the building he now occupies.

“We’ll probably use that as a fermentation space,” he said.

McMahon added that Bearded Heart Coffee will remain in the tiny building it now occupies next to the moccasin shop.