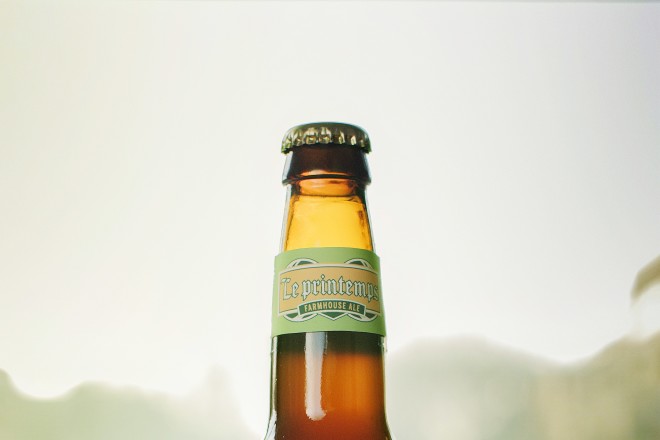 “We decided to go a completely traditional route with the recipe development for Le printemps,” said Head Brewer Danny McMahon. “This should make it stand out from our two previous seasonal releases, in which we took more liberty in experimentation.”

According to McMahon, its incorporation of rye, oats and spelt, as well as a spicy Saaz hop aroma, contribute to the beer’s overall rustic nature. As a company that prides itself on its Belgian heritage, this brew is one more tip of the hat to local tradition. Le printemps will be available until May 1. Find it in Wisconsin and Minnesota stores and bars while the snow melts.