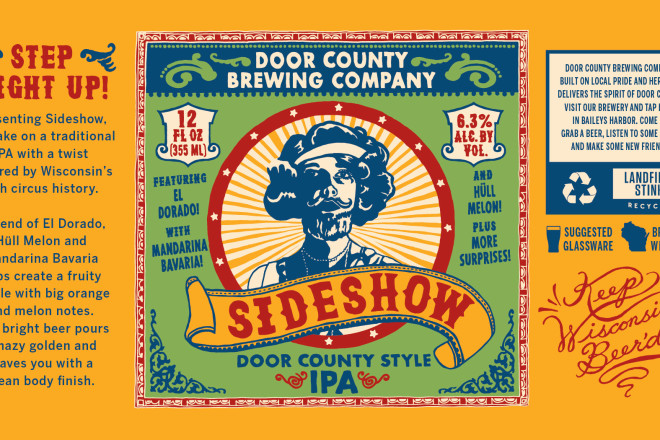 This April, after many months of recipe experimentation and refinement, Door County Brewing Company introduces Sideshow IPA to join its core lineup of year-round beers. Sideshow, which the brewery calls a “Door County Style IPA,” blends a traditional IPA recipe with the Belgian yeast strain unique to the brewery.

Head Brewer Danny McMahon showcases both yeast and hops, ensuring neither element overshadows the other. Unlike many IPAs, Sideshow focuses on flavor and aroma, rather than primarily on bitterness.

“By using a blend of El Dorado, German Hüell Melon and German Mandarina Bavaria hops, we crafted a juicy, fruit-forward IPA that’s not overly bitter,” said McMahon. “This balance sets Sideshow apart from our other beers, as well as IPAs in general, which is how we decided on the name.”

Sideshow can be found in Wisconsin and Minnesota craft beer venues beginning in April.