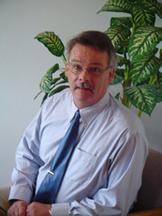 • This month marks the anniversary of Craig Bastian’s 30th year in Door County real estate. Craig began selling real estate in January 1979 for Ellis Realty Gallery of Homes in Sister Bay. Craig had two stints with Ellis Realty and briefly had his own company. Craig moved to Kellstrom-Ray Agency in 1985 and has remained there for the past 24 years.

Always a proponent of continuing education, Craig obtained his GRI (Graduate of Realtors Institute) designation in 1993, his CRS (Certified Residential Specialist) in 1995, and the ABR (Accredited Buyer’s Representative) in 2000. Over the past 20 years, Craig has been a consistent leader in listings and sales in northern Door County and has served the community in various village positions and voluntary organizations and in coaching youth activities.

• Door County Habitat for Humanity is pleased to announce the hiring of Katy Moore as the new Volunteer Coordinator for the organization. She began her employment with Habitat on January 5.

Moore comes with extensive experience, having worked in the same capacity with both Junior Achievement and Iowa River Hospice. In addition, she has been employed in construction related businesses, including that of a master tile setter and a large home builder.

As Volunteer Coordinator for Door County Habitat for Humanity, Moore will coordinate the recruiting, organization and planning for the organization’s extensive volunteer corps. She will schedule construction volunteer activities, arrange for food preparation for the worksites, recruit volunteers for special events and assist with Habitat’s first Women Build and first Apostles Build in Door County.

Entry for the drawings automatically occurs every time a customer from an enrolled SHAZAM Financial Institution, including Baylake Bank, makes a PIN- or signature-based purchase with an ATM or debit card from January 1, 2009 through March 31, 2009.

Random monthly drawings will be held on or about the 15th of February 2009, March 2009, and April 2009. The potential First Prize and Grand Prize winners will be selected in a random drawing on or about April 15, 2009, from all eligible automatic and mail-in entries combined. The random drawings will be conducted by SHAZAM. Any Baylake Bank potential First Prize and/or Grand Prize winners will be notified by the bank through U.S. mail and/or telephone on or about April 22, 2009. Complete contest rules are available at http://www.baylake.com.

• At their December meeting, the Board of Directors of the Door County Economic Development Corporation saw a few changes.

The DCEDC Board also presented service awards to retiring board members in recognition of their strong support of the organization’s mission to improve the economic vitality of the County and its residents. The awards went to Cindy Weber (Sturgeon Bay Visitor Center & Door County YMCA) and John Severson (Anchor Bank).

• Brian Hartl of Baylake Wealth Services was recently recognized by LPL Financial Institution Services for his achievement in mutual fund sales, ranking him 13th nationally for the third quarter of 2008. This effort, along with his industry knowledge and level of client service, have earned him membership in LPL’s Directors Club for 2008.