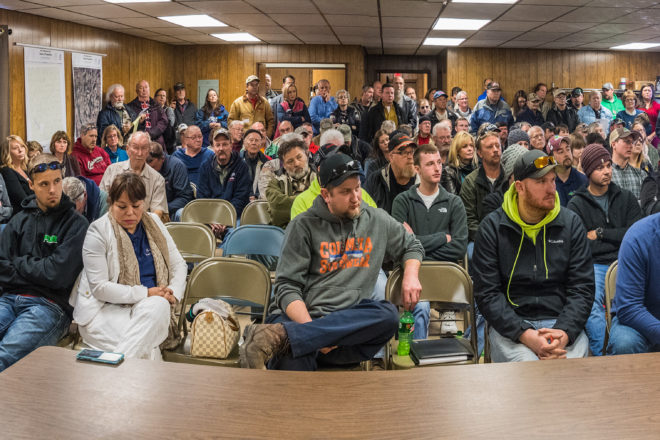 At a packed public hearing in the Forestville Town Hall the morning of March 2, modern industrial farming was repeatedly pitchforked for being a monster on the landscape – too many cows on too little soil – and for being allowed to run amuck with mindless governmental complicity.

Somewhere around 140 people jammed into the hall, with seating for maybe half that. Those without seats stood shoulder-to-shoulder – and several columns deep in the back of the room – in a big horseshoe ringing the seating area.

A fire marshal could have easily put an end to the whole thing, at least as it was configured.

But the DNR hearing on the five-year Wisconsin Pollutant Discharge Elimination (WPDES) permit renewal for S&S Jerseyland carried on despite the sardine-like conditions in the town hall.

CAFOs must renew their WPDES permit every five years, which the CAFO operator uses as an opportunity to project the growth of his or her herd during that time. The projected herd growth is what really attracted the large crowd to the hearing. The farm has 6,395 “animal units” and proposed in its permit renewal application an expansion to 10,177 “animal units” by April 30, 2022. 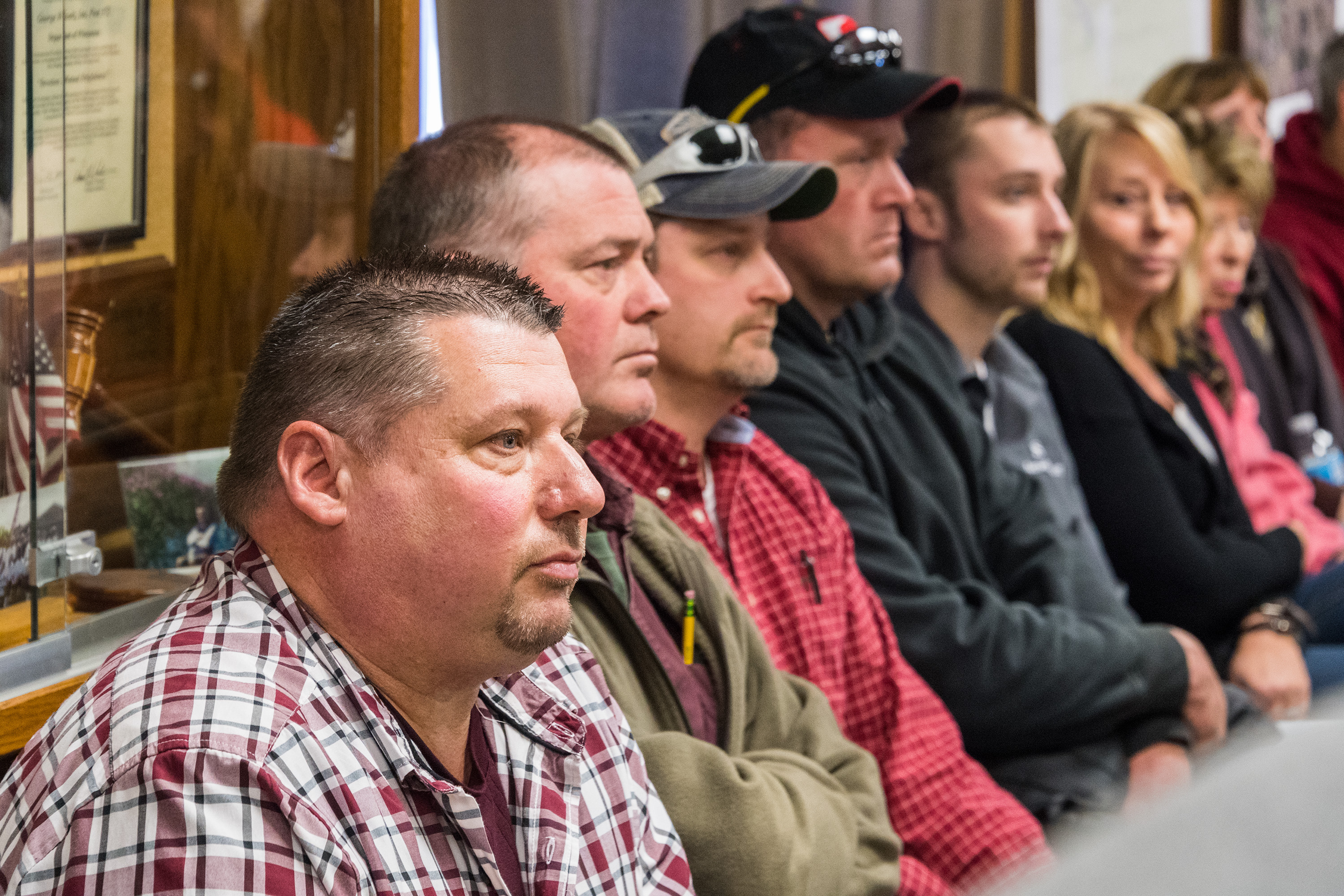 The DNR previously announced that it had already “tentatively decided” to reissue the WPDES permit, but agreed to hold the “informational” hearing after getting enough requests to justify a hearing.

The majority of those who testified were against the permit renewal and herd expansion, and they ranged from neighbors of the Forestville-based dairy to small Kewaunee County farmers who are surrounded by CAFOs and have lived in hardship with poisoned water for years, on land they say has lost its value to all but the surrounding CAFO owners.

The Schmidt family and many of their employees were in attendance and spoke in defense of their farming practices and concern for the environment and the community they live in, including Elizabeth Schwalbach, who, as the dairy’s compliance manager, works with the DNR and county Soil and Water Dept. in ensuring the dairy is in compliance. She said as a former employee of the Outagamie County Land Conservation Dept., she was proud to go to work for the Schmidt family because of their high standards. 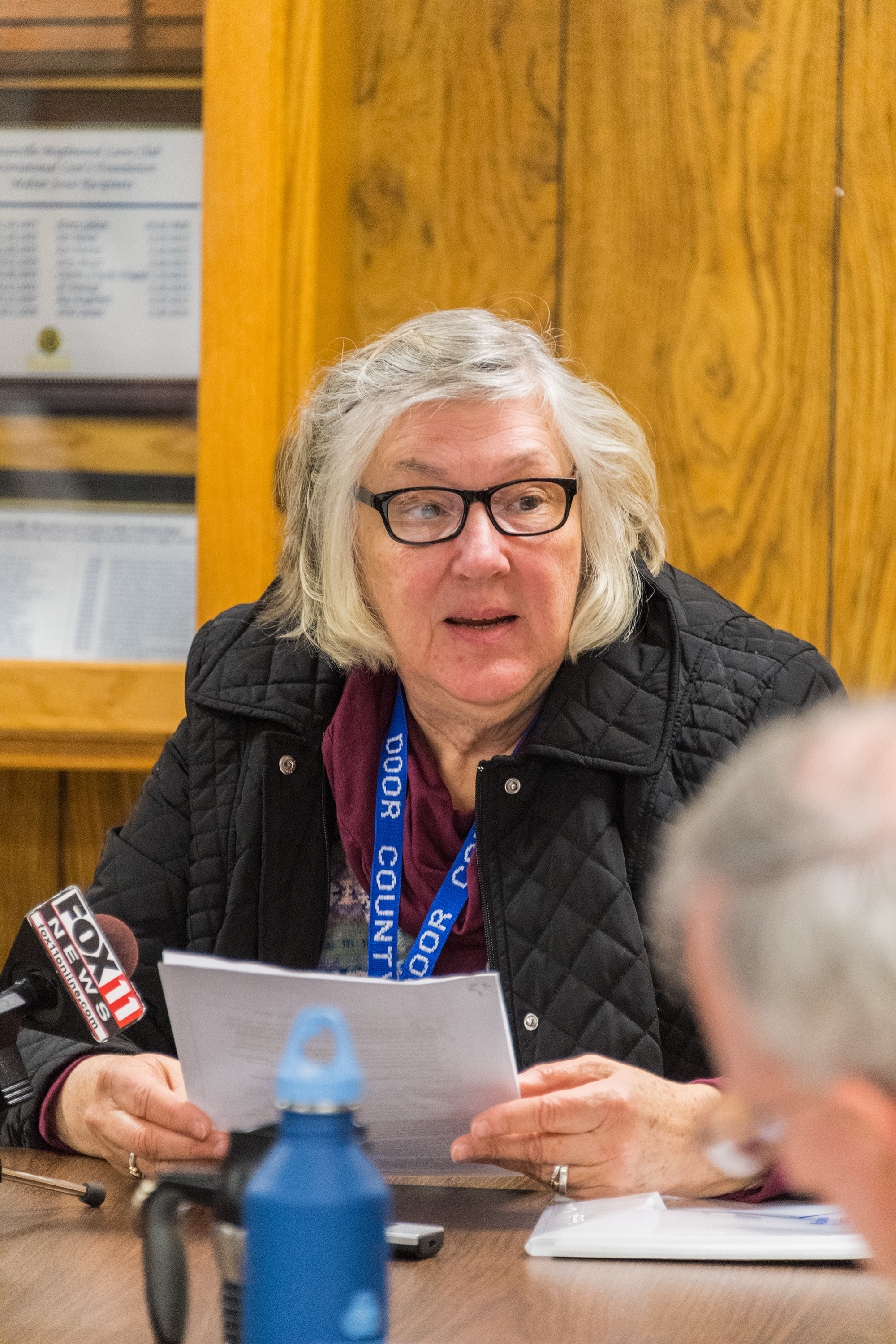 Door County Supervisor Helen Bacon, chair of the county’s Board of Health Committee, introduced a letter from the county regarding issues with S&S Jerseyland’s permit identified by Dale Konkol of the Door County Soil and Water Dept.

While several of those who spoke against the permit and expansion said they knew and respected the Schmidts, they added there are just too many threats to the water already. Many passionate statements were made for clean water.

“As a citizen of this country, I feel I have a right to clean water and pure air,” said 88-year-old George Evenson, who said he has farmed all his life in the Town of Sevastopol and was insulted by the idea of a farm with 10,000 cows.

“You should be able to manage without so many cows,” he said.

Eileen Andera of the Door County Environmental Council quoted S&S Jerseyland owner Randy Schmidt at a Dec. 29 event saying that he was only looking for a permit renewal and not for herd expansion. On that basis, she asked that a cap be placed on the herd and that an environmental impact statement (EIS) be conducted on the farm because it has never been done.

“An EIS will prevent any further violations and degradations to our notoriously shallow soil and karst topography,” Andera said, adding that, “the threat and fear of pollution is sending shock waves through all our citizenry.”

Dick Swanson of Algoma was just one of several people who brought up the fact that S&S Jerseyland and the 11,000-or so acres it applies cow manure to is in the already impaired Ahnapee River watershed. He used his turn to directly address the farm by pointing out that of the 86,700-acre Ahnapee River watershed, 35,000 of it is upstream in Door County: “So what you do, S&S, affects me, my harbor, my river and my water.” 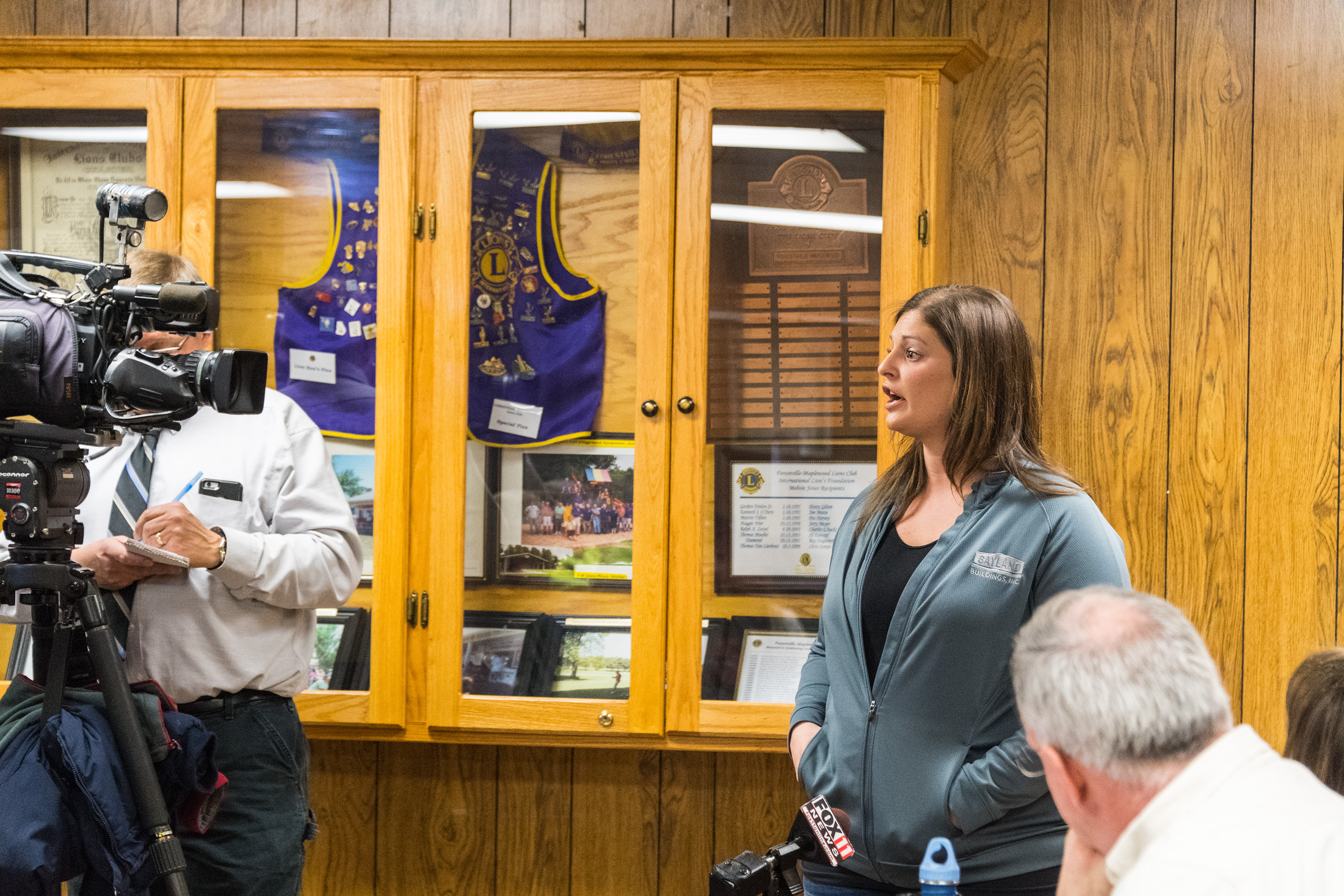 Ashley Ambrosius of Bayland Buildings, Green Bay, spoke in favor of granting the permit, saying the Schmidts are great stewards of the land.

Too little topsoil and too many cows, he said.

“We cannot stop them. It’s a rubber stamp down in Madison,” Swanson said. “What I want them to do is to think about what they send down that river. You cannot apply 40, 50, 60 tons of manure on four or five feet of soil and not do damage. And they know it. Farmers have known this for hundreds and hundreds of years.”

Swanson said government is not coming to the rescue of impaired and threatened waters, so the best thing to do is to stop renting land for manure application.

Next week we will take a closer look at S&S Jerseyland Dairy.