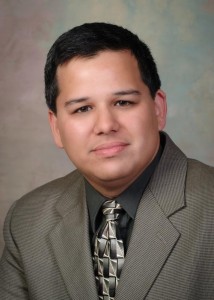 The Board of Directors of the Door County Community Foundation is pleased to announce that they have named Bret N. Bicoy as the Foundation’s new President & CEO.

Bret succeeds the retiring Jane Stevenson who has served the community well as Executive Director of the Foundation since April 2004.

Until recently, Bret and his family lived in Las Vegas where he served as President of the Nevada Community Foundation. A personal tragedy last summer caused a yearning in him and his wife to once again be among family in Wisconsin. So with a renewed focus on family rather than career, Bret resigned from the Nevada Community Foundation in January and moved his family home to Northeast Wisconsin.

“We are very pleased to be able to engage a leader with Bret’s unique combination of personal knowledge of the Door County Community Foundation and demonstrated leadership of two successful community foundations,” says Dick Egan, Chairman of the Foundation’s Board of Directors. “Bret offers our community a tremendous opportunity to build philanthropic assets for the betterment of Door County.”

“I am honored that the Board of Directors is allowing me to follow in the footsteps of a true philanthropist like Jane Stevenson,” says Bicoy. “Door County is a remarkably beautiful and generous community. I am deeply thankful for this opportunity to serve.”

The Door County Community Foundation, Inc. is a collection of separate charitable funds set up by individuals, families, non-profit organizations, private foundations and businesses that are managed, invested and disbursed for the current and future good of Door County. The Foundation was launched in 1999 and currently administers approximately $5 million in charitable assets. For more information, please contact Jane Stevenson