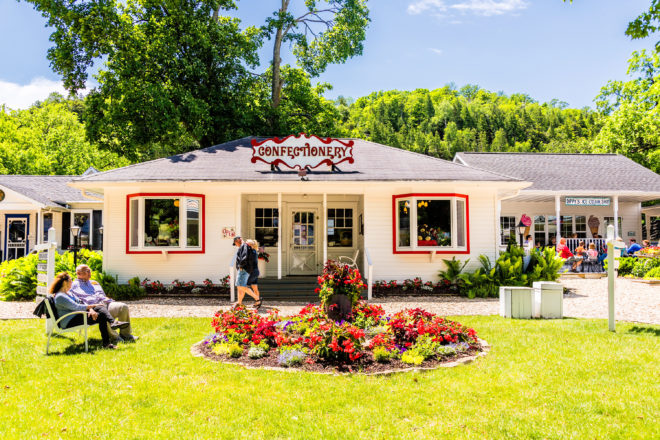 It was 1972 when Judi Doman first started digging through troves of rummage sales around Chicago looking for antique furniture that would become the hallmark of the Door County Confectionery. Among other things that would outfit the old-fashioned candy store she opened with her husband, Greg, she settled on a big red bathtub and filled it with saltwater taffy. After 45 years, the sweet store is still a staple of Door County’s old-fashioned charm. 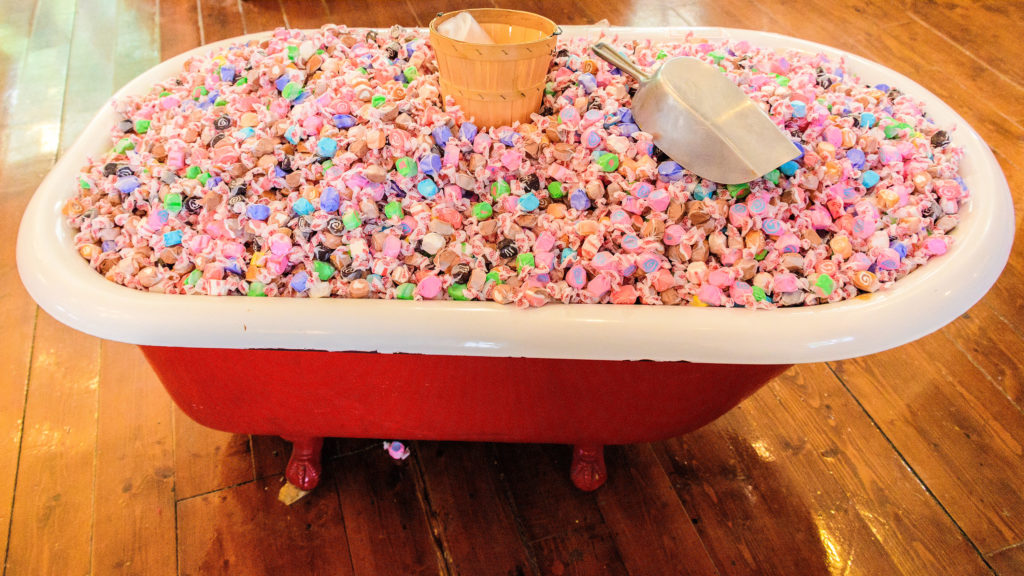 “We have four and five generations coming to the confectionery here in Fish Creek,” said Greg Doman. “They take pictures with kids around the bathtub. You know what it was? It was [Judi’s] idea of just being an old-fashioned candy store approach.”

Judi died in 2009 after a whirlwind career in candy that at one point included 18 stores across the Midwest. Greg now maintains stores in Fish Creek, Ephraim, Sister Bay, Egg Harbor and Sturgeon Bay.

“We had only five retail stores in Fish Creek,” Greg Doman said of 1969, remembering the first days of opening a store in present day Founder’s Square. “The only other retail store in Fish Creek was Bunda’s. I had a regular job; I didn’t quit my regular job and starve to death.”

The first store in 1969 featured some retail candy and plush gifts. It wasn’t until Judi took over the shop in 1972 and rebranded it the Door County Confectionery that things began turning around.

The Domans’ relationship with business partner Richard Rusnack also meant they could have a venue to sell extra inventory when the summer season ended in Door County. Rusnack was founder of the Silly Goose General Stores and owner of Hickory Farms stores in Chicagoland malls.

“At the end of the year we didn’t have to have big sales to get rid of inventory,” said Greg. “We would just take our inventory, put it in a truck, take it to Rusnack’s operation and he would blend it into our business. It was a benefit to us and it was a benefit to him.”

Still a Midwest tourist destination, the fledgling years of Founder’s Square retail and tourism in the 1970s was different than it is today. Those differences made a start-up candy shop challenging.

“After two years of doing that we were not making money at all, we were losing money,” said Greg. “We would start Memorial Day and then Labor Day the season was over. Back then nobody came up in the fall. That’s all new. It was a 100-day season.”

In a 1991 interview with the Chicago Tribune, Judi said she took over the confectionery when Greg told her to hang up her tennis racquet and get a job.

“He didn’t like the idea that while he was working, I was playing,” Judi Doman told the Tribune. “He knew that I should be doing something far more challenging.”

By the time the 1991 Tribune interview rolled around, Judi had built a confectioners empire across Wisconsin and Chicagoland with 14 stores and more on the way. Over the years the Domans opened stores in all of the major malls around Chicago with additional stores in Nashville and the Milwaukee area. 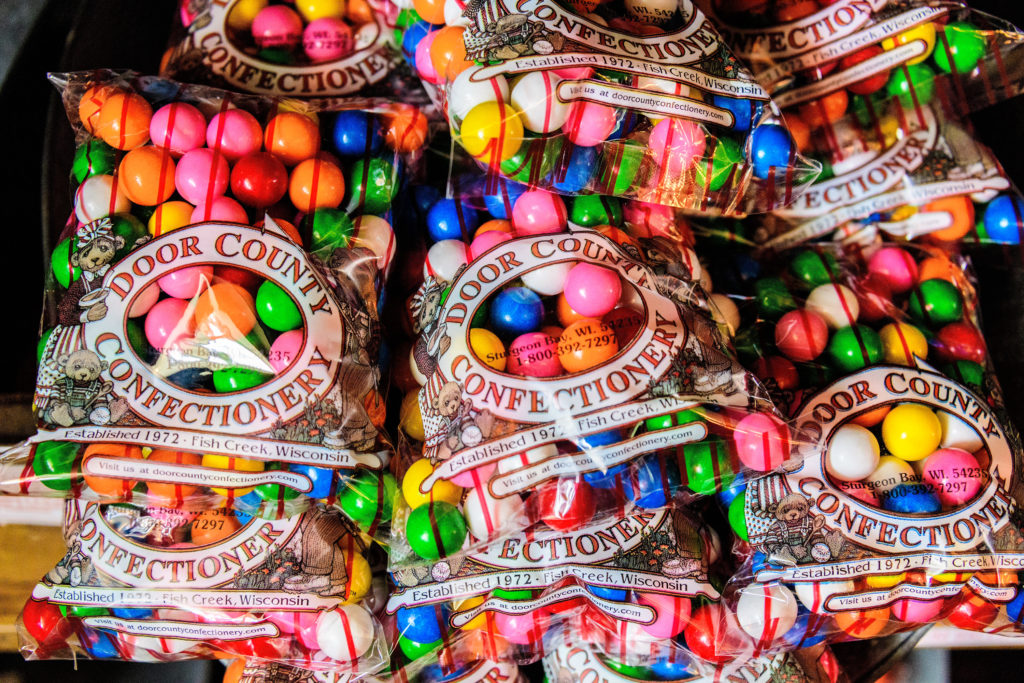 In 1992, the Door County Confectionery opened its doors in Sturgeon Bay and had enough space to begin manufacturing candy of their own.

Internet in the early 2000s was beginning to change the culture of America’s malls while Judi’s health began declining, causing the Domans to scale back their stores to be exclusive to Door County once again. Now, the confectionery hopes to take advantage of the internet by growing manufacturing and online retail.

“Doing more wholesale and internet, that’s where we really see growth,” said Greg. “We have to do some things in kitchen equipment-wise to allow us to expand manufacturing. When we’re in July and August and getting into fall, the kitchen, all they can do is keep up with existing business.”