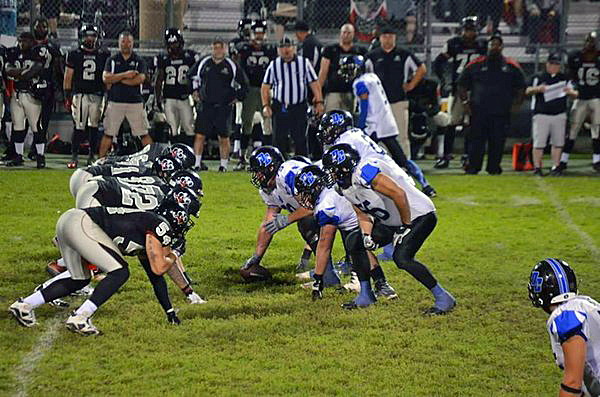 It was one for the ages on Sept. 17 at Horlick Field in Racine.

The Door County Destroyers were carried by the running game of TaMar Scott and the leg of Eric Natwick, plus a huge defensive interception to propel the Destroyers to the Mid-States Football League (MSFL) Championship Game.

The score ended 31-14, but that does not tell how close the game really was.

The Raiders started off strong, going up 14-0 early in the second quarter. They connected on two long passes while the DC offense struggled to get anything going. An interception and a defensive stop gave the offense a little bit of room to connect on two field goals, going into half trailing 14-6.

In the second half the Destroyers relied on the legs of running back TaMar Scott to carry the offense to its first touchdown. Eric Natwick added his fourth field goal of the game and the Destroyers found themselves leading 18-14 in the fourth quarter.

After more than two quarters of little production from the Racine offense, they put together a long drive and got down to the Destroyers’ 10-yard line with only 30 seconds to play. Linebacker A.J. Hamilton jumped a short pass in the flats and returned it 89 yards for a Destroyer touchdown and ultimately the victory.

Linebacker Donny Johnson intercepted the final play of the game and also returned it for a touchdown giving the Destroyers the 31-14 win.