The Peninsula Music Festival (PMF) will once again present the February Fest, three chamber concerts at different locations, in three weeks during the month of February. This year, each concert is on a Sunday afternoon at 3 pm. A reception with the musicians will follow each concert. 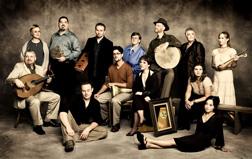 The February Fest opens on Sunday, February 8 at the Peninsula School of Art with The Rose Ensemble. The Rose Ensemble is a vocal consort specializing in Gregorian chant and Renaissance music that is based in St. Paul, Minnesota. They will present a program entitled “Cantigas from the Land of Three Faiths – A Celebration of Ancient Mediterranean Vocal Music.” This concert is partially sponsored by Billie Kress. 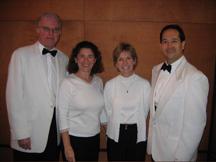 The ZYLEO Quartet, featuring four members of the Peninsula Music Festival Orchestra will make their debut on the February Fest on Sunday, February 15 at the Ephraim Moravian Church. Paul Zafer, violin; Carol Yampolsky, violin; Betty Lewis, viola; and Richard Yeo, cello will perform a concert of quartets. Audience members will have time to interact with these festival orchestra members after the concert without the rush of the August concert season. This concert is partially sponsored by an anonymous donor. 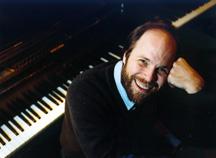 The February Fest comes to a close with pianist Frederick Moyer in recital at Shepherd of the Bay Lutheran Church in Ellison Bay. This February 22 concert will highlight this versatile pianist as he performs on the Festival’s Steinway piano. Audience members will enjoy Mr. Moyer’s commentary from stage that engages them in the heart of the musical experience.

New at each concert this year will be a Theme Basket for the audience members to bid on. Each basket will be filled with gifts and goodies on the theme and will be beautifully presented. All the money raised from the sale of the baskets will be used to support and continue the February Fest. The themes include: Feb. 8, Candy, Cookies and Other Fun – donated by Sue Stone; Feb. 15, Books and Reading – donated by Mary Bussard; and Feb. 22, Cooking and Cookbooks – donated by Mary Ann Johnson.

Tickets are on sale now for each of the February Fest concerts and can be purchased for just $30 each. A three-concert subscription package is available for just $75, a $15 savings off the individual concert price. All seating for the February Fest is general admission. Call the PMF office at 920.854.4060 to guarantee your seats.