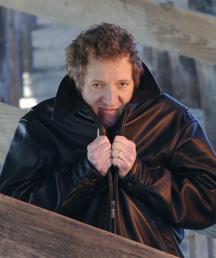 Stonehill’s latest studio album, Paradise Sky, hits the street on December 26. Often referred to as one of the fathers of contemporary Christian music, Stonehill’s style is primarily folk rock in the style of James Taylor. The new CD finds the legendary singer-songwriter revisiting and re-recording selections from the early days that brought this pioneer of the Jesus Movement era – and beyond – to prominence.

“Co-producer Mike Pachelli and I realized we could strengthen the songs sonically with the new technology at our disposal,” states Stonehill.

Filled with dips and detours as well as smooth, open freeways, Stonehill’s career exemplifies the meaning of longevity. He started with his first record in 1971 on a budget of $800, which was followed by a long string of influential and historically significant albums in the ensuing 30 plus years.

Randy Stonehill’s Songs & Stories is sponsored by First Baptist Church of Sturgeon Bay with support from radio stations WPFF (90.5 FM) and WNLI (88.5 FM). Admission to the show is free; seating is limited. A freewill offering will be received. Lobby doors open at 6 pm, seating begins at 6:30 pm. For more information, call First Baptist Church at 920.743.5058 or Third Avenue Playhouse at 920.743.1760.