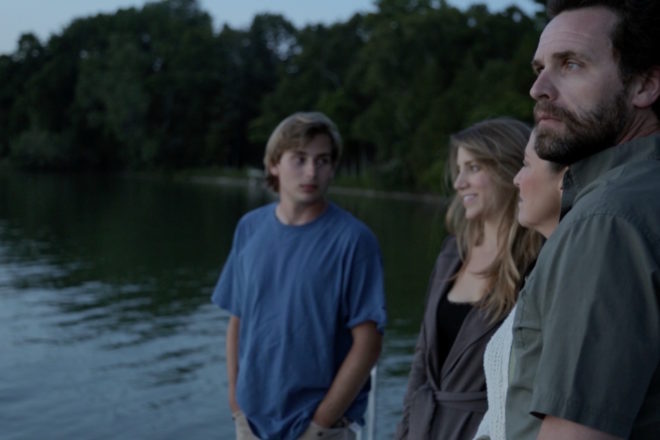 On June 29 at 8 pm, Door Community Auditorium (DCA) will present the public premiere of the Door County-based, festival-favorite film June Falling Down.

This feature film set in Door County tells the story of a young woman returning home for her best friend’s wedding, which happens to coincide with the one-year anniversary of her father’s death. Created by Rebecca Weaver and Chris Irwin of Silver Leaf Films, the film features Door County actors Nick Hoover, Claire Morkin, Joanna Becker, and Evan Board, as well as music from Eric Lewis and Katie Dahl.

Released in 2016, June Falling Down has been warmly received on the film festival circuit, including an award for Best American Independent Feature at the Sonoma International Film Festival. The Madison Film Forum called the film “an insightful meditation on love and loss.”

In June Falling Down, June Larson returns to Wisconsin for her best friend Harley’s wedding after traveling for a year after her father’s death. Once home, she confronts the rush of memories of her father’s cancer and the fact that Harley has moved on without her. As she falls back into her small town community and the mom and brother she left behind, June finds herself unable to forget what might have been. But eventually she must come to terms with her losses and move forward with her life, no matter how painful.