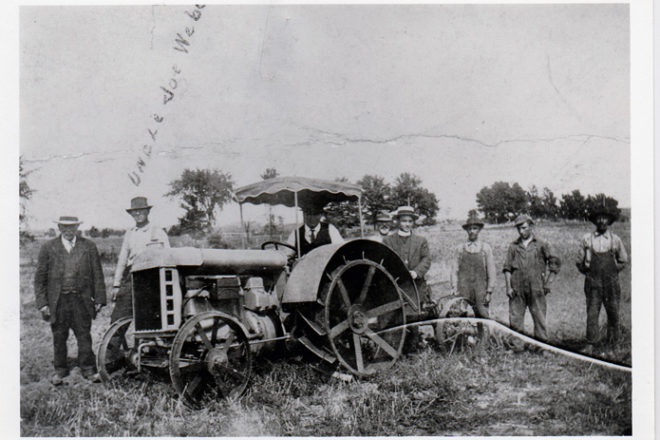 Fordson was a trade name for tractors built by Henry Ford’s company in the first half of the 20th century. Ford launched the Fordson F model tractor in the USA in 1917 and soon dominated the market due to low production costs from Ford’s mass production principles. Three quarters of a million units of the Model F were sold from 1917 to 1928, more than any other tractor before or since, including to this Door County farmer in an undated photo from the Door County Historical Museum, 18 N. 4th Ave., Sturgeon Bay. Open 10 am – 4:30 pm daily, May 1 through Oct. 31.