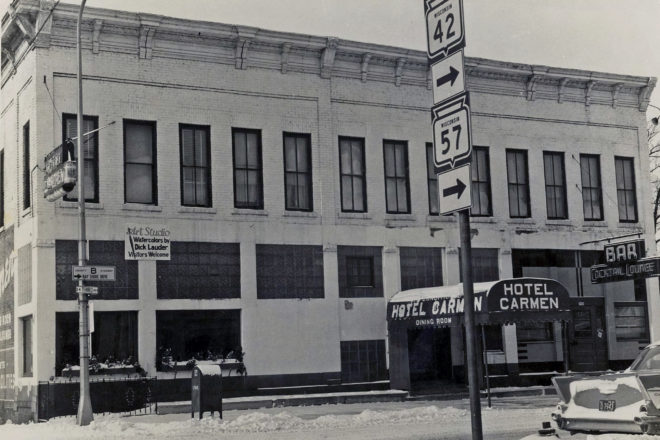 The Carmen Hotel in downtown Sturgeon Bay began life in 1895 as the Union Hotel. The hotel changed ownership several times, and became the Carmen with the purchase of the hotel in 1927 by Mr. and Mrs. George Larscheid of Green Bay. They named the hotel after their daughter Carmen, who would grow up to run the hotel into the 1960s. The hotel was razed in November 1965. A developer by the name of M.W. Miller had planned to build a “half-million dollar luxury motor inn” on the site, but determined there was not enough parking at the site. The wintery hotel exterior photo is from the Door County Historical Museum, 18 North 4th Ave., Sturgeon Bay. Open 10 am – 4:30 pm daily, May 1 through Oct. 31.