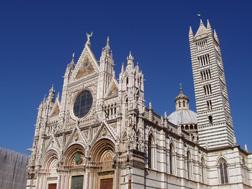 On Friday, Nov. 19 the Kiwanis Club will present the third program of their “Travel and Adventure Film” series at 7:30 pm at the First Baptist Church in Sister Bay. Narrated by award-winning Canadian filmmaker, John Wilson, Inside the Tuscan Hills presents a vivid portrait of a place where ancient traditions continue. With exclusive access to the workshops, kitchens, and homes of the Tuscan people, the film, originally filmed as a PBS travelogue documentary, is a journey into one of the world’s most beautiful places.

Progressing through Tuscany geographically, the film showcases the region’s diversity of landscape, arts, and food, revealing how the Tuscans themselves really live, weaving compelling stories of master craftsmen and country cooks, ancient farmhouses and rustic cheesemakers, all while soaking up the singularly beautiful and mythic landscape known as Tuscany.

Admission is $7 at the door. Children under 18 are admitted free; refreshments will be available during intermission. For more information, call 920.854.4825.