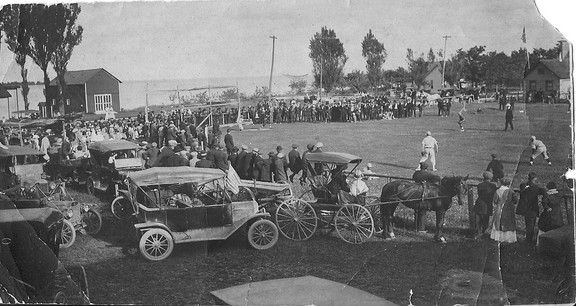 The Door County League is an amateur baseball league made up of eight teams with contests held each Sunday at 1 :30 p.m., always beginning on Mother’s Day. Most estimate the level of competition is somewhere near or just a notch below Division III college baseball, with players ranging in age from about 14 to some in their 50s.

For many of the players in the County League, the uniforms are less than flattering. The only part of most of these bodies that’s supplement-enhanced is the beer gut many players sport. So why do men, especially grown, aging men, continue to don the skin-tight uniform well into their 40s and 50s? 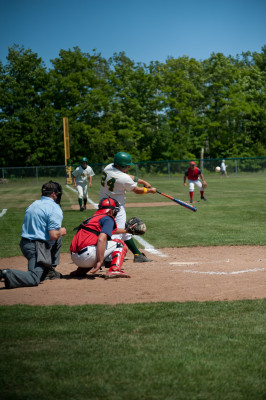 The “Grudge” rivalry between the Baileys Harbor A’s and Sister Bay Bays is one of the fiercest in the County League.

“I think it’s the athlete in them that drives it,” said former Sister Bay Bays manager Tom Rush. “If you can still play, somebody will want you, or probably beg you to play. But it’s the camaraderie, too. You’re with friends and it’s fun.”

Jon Bastian, long-time player and fan, put it more simply. “For guys in their 30s and 40s, there’s always been one reason they’re still playing- because they could,” he said.

A greatly underrated Door County attraction, admission to County League games is cheap, as are the brats, hot dogs and cans of beer. Kids can still chase down foul balls and home runs for change, and fans can soak up the sun, while amused by the banter between fans and players. But don’t be surprised if things get a little passionate, because though it’s just an amateur league, the loyalties are strong.

“I guess people care because the roots are so deep,” Rush said when asked why people care so much. “A tourist might wonder why there’s all the hoopla, but you have to know the history. Maybe it’s respect for the way the game is played, or watching kids grow up, or the chance to see a pretty good college player come up to play in the summer. I can’t quite put a finger on it. The roots are just deeper than you might think.”

In 2011, writers Jen Zettel and Myles Dannhausen Jr. (a former Sister Bay Bay of little renown) endeavored to create a comprehensive history of the league for the Peninsula Pulse, profiling the league’s greats, commissioning a panel to select the league’s all-time team, and investigating why the league means so much to so many.

The History of the Door County League 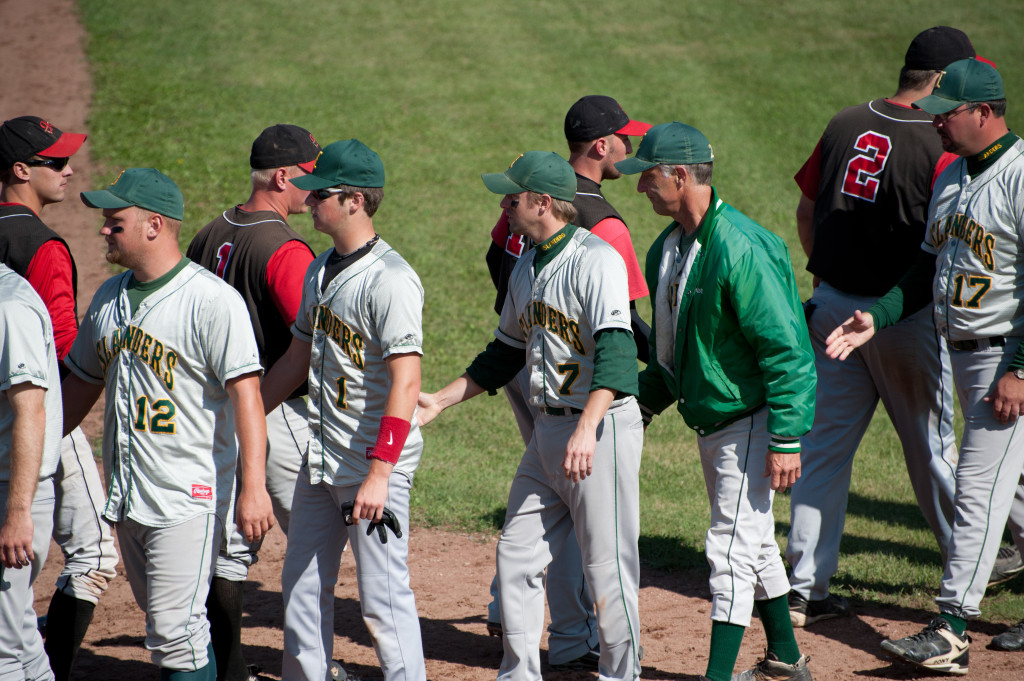 Players for the Kolberg Braves and Washington Island Islanders shake hands after a game. Photo by Dan Eggert.