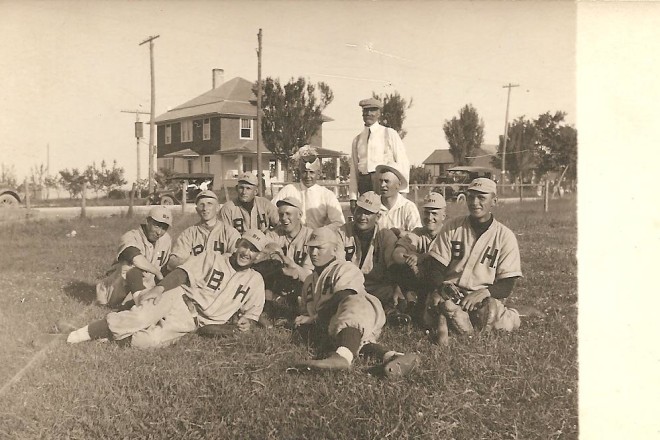 Many locals and visitors to Door County know the names of those who established the towns and gave birth to what Door County is today. Those names – Increase Claflin, Alexander Noble, Justice Bailey, John Eliasen and Andreas Iverson, and others – will never be erased.

But the county established by those early settlers has another history they never lived to see. Those who wrote it had names like Schartner, Wagner, Alberts, Schopf, Young and Wery, and many more that congregated around America’s pastime, creating more than 100 years of baseball tradition in Door County. 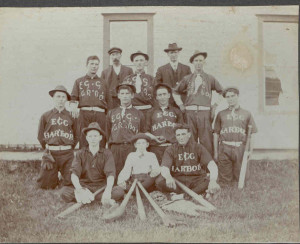 Baseball has been a popular recreation in Door County for over a century, with towns each sporting their own teams.

Organized baseball started in Door County in 1878. Statistics and information from that time are difficult to come by, but the Door County League (DCL) baseball as it’s known today started in the early to mid 1900s.

Longtime DCL observer Jocko Rader said that back then, there were many teams and even many leagues.

Rader started his career as a 17-year-old with the Little Sturgeon team. After returning from the Navy in 1955, Rader played with teams in Institute, Sawyer and the Sturgeon Bay. Rader has also served as president and vice president of the league and is currently the secretary/treasurer.

The 79-year-old Rader can go down the list of batting champions from as far back as 1964 and tell you that Dick Staver caught, Jim Koessl played second base, and Steve Ehlers could hit .400 without practicing.

“He’s the only guy I ever knew who could do that,” Rader said.

He remembers Mike Hanrahan’s stunning 1998 season, when the Kolberg standout hit 17 home runs in 14 games and claimed the batting title with the highest average in league history at .571. 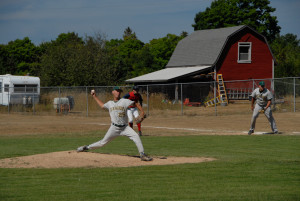 The fields of the Door County League are as much the attraction as the play. The Sunday gatherings in the sun are community events valued for more than sports. Photo of the Washington Island field by Dan Eggert.

Rader said the key to success in the league is finding a sparkplug player.

He pointed to Tom Sawyer as Sister Bay’s fire starter and said this year’s 9 – 1 Egg Harbor Indians have a lot of “good, young ballplayers.”

League statistics go as far back as 1951, when Washington Island took both the regular season and playoff championships. Sturgeon Bay, Top ‘O the Thumb, Brussels and Little Sturgeon all had teams in the DCL in the early 1950s, in addition to the teams still around today: Washington Island, Sister Bay, Baileys Harbor, Egg Harbor, West Jacksonport, Institute, Kolberg and Maplewood.

West Jacksonport lays claim to the most regular season championships with 15, followed by Sister Bay with 11, Kolberg with 8 and Maplewood with 7.

A witness to many of those seasons, Eddy Allen returned from the Army in the spring of 1968. Allen worked at the radio station WDOR in Sturgeon Bay, and it was around that time when Rader came into WDOR and asked if they would broadcast games. Allen obliged.

“I’ve been doing it about every Sunday ever since,” Allen said. 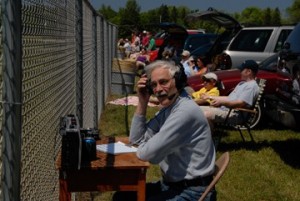 Since his introduction into the league in 1949, Rader has seen many changes, from teams to the baseball diamonds. But one change is disappointing.

“They’re not as dedicated today as we were. I talk with all the managers, and the players don’t come to practice,” Rader said. “We always went to practice.”

The shift is a cultural one. In the league’s earlier days players would find a spot in multiple baseball leagues, Rader said.

“Guys from Kolberg and Maplewood played with Algoma in a different league. It was at night, not on the weekends,” he said.

Sturgeon Bay also had a team in the Northern State League, which Rader characterized as “a step up” from county league.

Former Maplewood standout Rick Gigot, who started as a batboy in the 1960s, noted the lack of commitment as well.

Part of the reason the league has a few night games now is because guys don’t want to commit to playing 14 Sundays anymore, Gigot said. 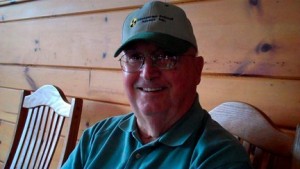 Jocko Rader has been around Door County League baseball for six decades.

“When I started nobody missed games, everybody looked forward to it,” Gigot said. “Now there are so many other things to do it’s not the priority, I guess.”

The league’s statistical record goes back to 1951, which Rader marks as the start of the league’s modern era, making this the 60th anniversary, with the league still running strong.

People still enjoy baseball and teams still have more players on their rosters than they need, which to Rader, Gigot and Allen means the DCL will stay alive and well for the foreseeable future.

“When I first started, you had to be a resident of the county. Now they’ve changed it so if you played in the Door County League and you move out of the county, your kids can play in the league –they’re grandfathered in,” Gigot said.

But it’s something else that drives the league forward.