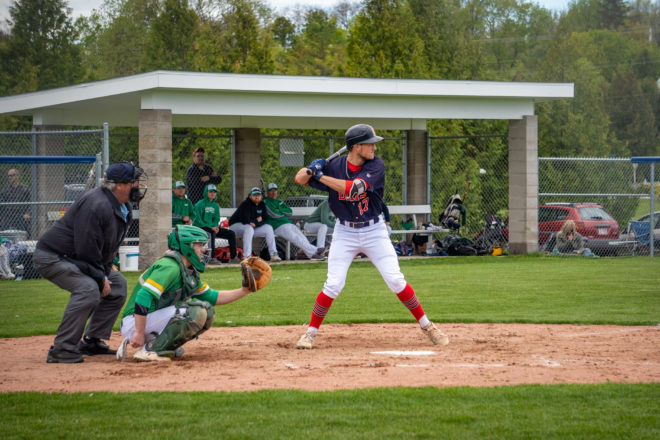 Even professionals are reminded sometimes that when the dust settles, they – and we all – have daily lives to get back to and the things that are most important. Family, friends and how we make a living should never take a back seat.

I played against Jim Laughlin during the early 2000s when he was a member of the Sister Bay baseball team. Jim was an imposing fella. It was rare for me to ever step back at third base for anyone, but I did when he came to the plate. He had a habit of pulling the ball at me so hard that I felt if I didn’t step back and get a glove on it, I was going to be wearing quite the bruise for weeks. He was a larger-than-life player, with a joyous, big heart.

Jim lost his daughter Alyssa this past week, suddenly, at the age of 26. This is something that no parent should have to experience. My heart aches for Jim; his wife, Heather; and their boys, Anthony and Alex, who have taken over Dad’s old spot on the Bays.

Most who know me know that I am rarely at a loss for words, but in times like these, I struggle to find the right ones. Just try to remember that when it comes down to it, there are way more important things in life than a sport. It’s just a game.

This may not be the marquee matchup of the week, but one thing is certain: One team will crack the win column this week.

Baileys Harbor continues to struggle putting runs on the board, but the team did keep the Mets in single digits, which is something to build on. Since the league returned from the pandemic, the As have lost 17 in a row. But I believe they will hit the win column this year, and a team they very well could beat is the Cubs.

The Cubs’ Caleb Hoffman and Jared Pflieger had five hits the previous week, which was two more than the entire team had on Sunday. The return of Robbie Pollman to the mound will make a huge difference moving forward for the Cubs, but unless they start hitting better, it won’t matter. I really think the As could steal this one, but I can’t go against my boys just yet.

Three weeks into the season, the league has six teams tied for first. The Bays and Braves meet Sunday with a lot on the line, considering how early the season is.

Both answered defeats with victories last week, and now the early stage is set. The return of Trevor Reinhardt to the mound for the Braves made all the difference last week as he shut out an Egg Harbor team that had averaged 22 runs per game during its first two contests. Trevor Hawkey continued his hot start at the plate as well.

The Bays got back on track with, what else, a gem from Sam Forkert. But even he can tell you it will be no picnic this week. They split their regular-season matchups last year, with the home team winning each time, before the Braves won the series winning the playoff championship.

The Ports got a gem from Luke Steebs Sunday against the Cubs, but the Indians have a little tougher offense to slay. Derek Niedzwiecki was all the offense the Ports needed Sunday, but they will need a lot more to keep pace with the Indians.

After a hot start, Egg Harbor was pummeled by the Braves, and after both teams missed out on the playoffs last year, this game is also fairly huge. They split their two meetings last year, with the home teams being victorious.

Washington Island (2-1) @ Maplewood (2-1)
The third of the first-place battles takes place in Maplewood, with the Mets riding a two-game winning streak. Two doesn’t seem like a lot, but when you consider they have reached half of their win total from last year after only three weeks of the season, life is pretty good.

The Islanders lost their first game Sunday and scored only one run. Before that, they had plated 33 runs the first two weeks. Now they play their third straight road game, but it’s against a team that they beat twice last season. The game at Maplewood was a tight 12-9 victory, and I expect this one to be close. Not ready to pick the Mets quite yet, but I am close.