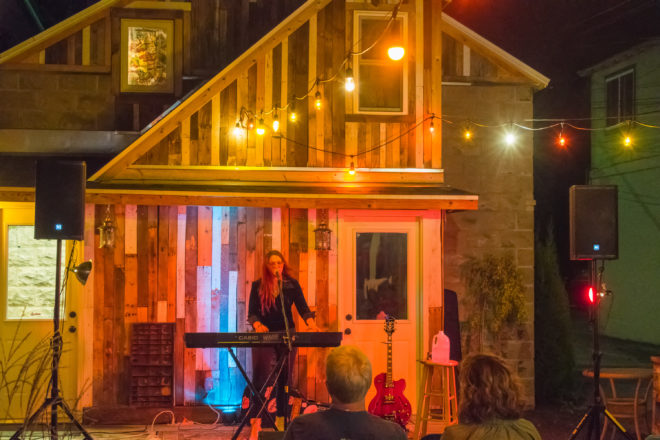 When Elliot and Kelly Goettelman refashioned their historic Third Avenue building last year into their version of a Makers Space – a community flex space open to anyone from artists to entrepreneurs – their goal was to be a comfortable place where creative types could connect and make things happen.

This summer, that mission expanded beyond workshops, trunk shows and art installations when the Goettelmans added one more creative offering to the mix: a house concert series.

Hosted in one of two spaces – the intimate, brick-framed “living room” of Door County Makers Space or the outdoor courtyard glowing with colorful bistro lights – the concert series builds on Elliot’s lifelong passion for building community through music and gatherings. 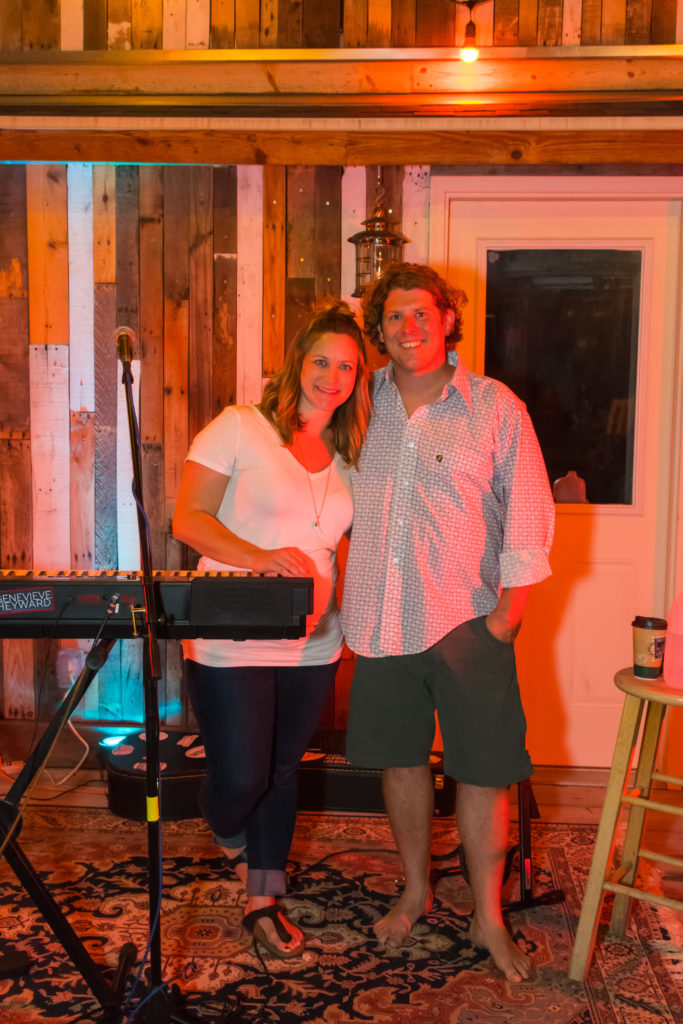 It was a passion born in his native Door County, specifically at the Bayside Tavern and Camp David.

“That’s where I fell in love with live music, getting into small places and feeling that really good energy of seeing a really good performer with a group of close people,” Elliot said.

That atmosphere is what he strives to replicate with the Makers Space series by bridging the gap that often exists between audience and performer.

“There’s so much music on the peninsula, which is great, but there aren’t many listening rooms where the musician is actually being heard versus background noise,” Kelly said.

By virtue of its acoustics, low-lit lighting and quaint 700 square feet of space, the indoor concert venue lends itself well to a comfortable audience-performer connection. And while moving the concerts outdoors affords enough space for upwards of 50 people, that ambience isn’t lost.

“There’s something about being out in nature when you’re putting on a live entertainment,” Elliot said. “It’s just a little bit more magic out there.”

Throughout the past year, Door County Makers Space has opened its doors to a variety of genres, from funk to pop, and to musicians spanning the Midwest and, more recently, from down south. In August, they hosted Nashville-based recording artist Mark Stuart (former guitarist for Steve Earle) for a guitar clinic and evening concert and in early September, welcomed Memphis multi-instrumentalist Paul Taylor to the stage. They will close their 2017 house concert series Oct. 5 with Texas folk singer-songwriters Adam and Chris Carroll.

During the past two years, the Makers Space has served as a venue for Steel Bridge Songfest, and through their connections, have booked house concerts this year with Holiday Music Motel veterans Eric McFadden, Genevieve Heyward, Carley Baer, James Hall and Andrea Wittgens, among others.

Much like the Holiday Music Motel has done during the past decade-plus, the Goettelmans hope to build a network of musicians who see a trip to the peninsula as both an opportunity to perform and to be inspired.

As for those buying the tickets? An intimate experience to add to their Door County memory bank.

Door County Makers Space is located at 26 N. Third Ave. in Sturgeon Bay. Tickets are $10 for high school and college students with ID, $12 in advance and $15 day of show for everyone else. Doors open at 7pm and the show starts at 8pm. Buy tickets online at brownpapertickets.com.