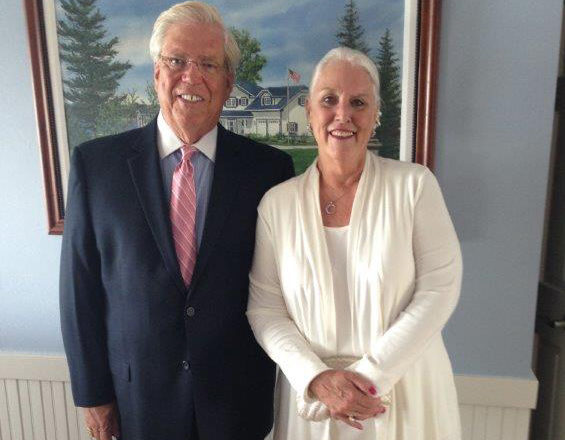 Door County Medical Center has a new opportunity for their nursing staff – the Jody Boes Scholarship. In 1969, Jody Boes’s childhood dream was realized when, at the age of 18, she received a scholarship of $800 from a local hospital auxiliary to attend Bellin’s nursing program. Since then Boes has worked in Door County as a registered nurse for the past 45 years, first for the hospital then working with Dr. John Herlache, and rejoining the hospital that would eventually become Door County Medical Center.

Now, looking toward retirement, and reflecting on the scholarship she received, Jody is looking to support the nursing community in a similar way. In partnership with Bill and Pam Welter, the Jody Boes Scholarship was set up, providing nurses pursuing an advance degree at either the Master’s or Doctorate level with $2,500 a year in funding.

Her reasons for looking to promote graduate nursing degrees are two-fold and focus on the increased level of skill that is required in the 21st century and the changing demographics of rural communities. “The reality is,” Boes said, “with regard to nursing, when I was a diploma graduate we managed nursing care in the hospitals. Now, nurses need to be better educated, they need to be the most educated because they are the frontline. They are the eyes, ears and hands for our physicians 24/7. Also, as more and more baby boomers need health care, nurse practitioners in rural areas are going to become very important because, let’s face it, there is a physician shortage.”

The Jody Boes Scholarship is available to eligible candidates of Door County Medical Center who are pursuing an advanced degree in nursing, including but not limited to: MSN; NP; CRNA; PhD; Clinical Nurse Specialist; and Clinical Nurse Leader. Applications open in January 2018. The first scholarship will be awarded in May around National Nurses Day.