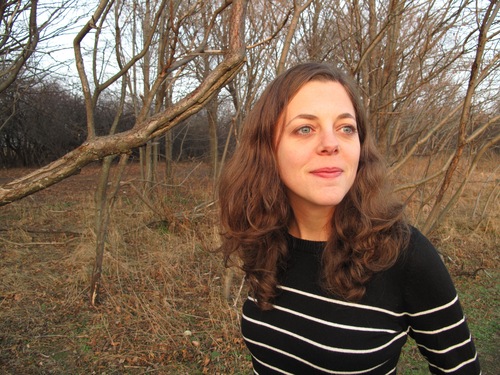 Popular Door County musicians Katie Dahl and Jess Holland will join Chicago singer-songwriter Emily White for a concert above Base Camp Coffee Shop in Sister Bay on April 30 at 7 pm.

Katie Dahl, Jess Holland and Emily White are Midwestern songwriters with loyal fan bases and multiple accolades to their collective credit. Though they normally perform individually, at Base Camp they will share their songs in an intimate “in-the-round” format, commenting on and adding texture to one another’s work. Dahl, Holland and White are firmly rooted in the folk tradition, with songs that roam freely to explore country, jazz, and rock traditions.

Known for the literate candor of her songs and the easy humor of her live performances, local singer-songwriter Dahl also has three studio albums and an original musical play, Victory Farm, to her credit. Wisconsin Public Radio calls Dahl “the real deal.”

Holland is one of Door County’s favorite performers, a sensitive guitarist and vocalist who plays a thoughtful blend of original songs as well as compositions by her favorite songwriters. Holland also regularly performs as part of the popular duo Deathfolk. The combination of her soulful voice and expressive guitar and banjo playing infuse her folk music with elements of blues, pop, and old-time country.

Indie folk-rock touring singer/songwriter White, based in Chicago, has been described as standing out “conspicuously from the pack…with her hushed, preternaturally haunting vocal delivery and bewitching sense of indie-rock-informed melody.”

Seating for the concert is limited and first-come, first-served. A $15 suggested donation is requested. Refreshments and beverages will be available for purchase. Base Camp is located at 10904 Highway 42. For more information, visit katiedahlmusic.com or call 920.854.7894.