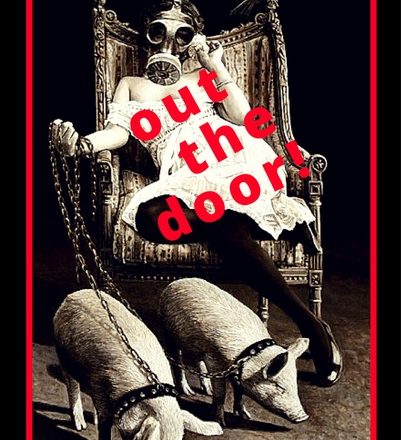 The Chicago Writers Association has announced its finalists for its annual 2017 Book of the Year awards and author M.L. Collins’s novel, Out the Door! (Eckhartz Press) is a finalist in the Indie Fiction category. The winner will be announced in early December.

A satirical novel set in Door County, Out the Door! has been described as a story that’s a little about everything: geology, sex, politics, the environment, prairie voles, cheese curds, casinos, aphrodisiacs, sturgeon, trilobites, gulls, Hat Island, a bit of mystery and much more.

Reviewers on Amazon have called the novel “a delightful romp of a novel,” a “story packed with intrigue and madcap comedy”— with “characters well-developed and quirky.”