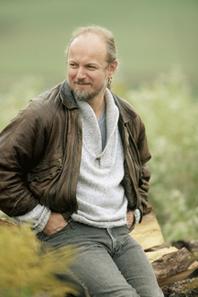 Singer, songwriter and guitarist Garnet Rogers returns to the White Gull Inn in Fish Creek on Wednesday, January 21, for a folk concert. Tickets for the 8 pm concert, the fourth in a series of six scheduled at the inn this winter, are $15.

Rogers, who last performed at the White Gull in 2006, has a large and loyal North American fan base. For nearly a decade he toured with his older brother, the late folk legend Stan Rogers. Before his tragic death, Stan said of his brother that “no other person can claim to be so much an influence on my music, or so indispensable to what I do as Garnet.” Most recently, Rogers has been performing with Greg Brown to sold-out venues.

Rogers is a man with a powerful physical presence – close to six and a half feet tall – with a voice to match. With his smooth, dark baritone, his incredible range, and thoughtful, dramatic phrasing, Rogers is widely considered by fans and critics alike to be one of the finest singers anywhere. His music, like the man himself, is literate, passionate, highly sensitive, and deeply purposeful.

Audience members are encouraged by Rogers to bring non-perishable foods or items of personal care to the concert as donations to Feed My People.

Tickets for the concert, reservations for the dinner and information can be obtained by calling the White Gull at 920.868.3517.