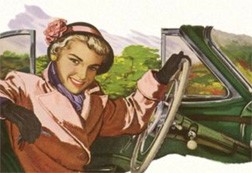 A verse-drama adapted from the book of poetry, Pine Ridge, 1937, by Door County Poet Laureate Barbara Larsen will be performed during the first two weekends in May.

“Lime Ridge, 1937 is based on my time spent in a small Wisconsin village where I often visited my grandmother during the Great Depression,” says Larsen. “The characters are based on people I know or heard about while sitting on the front porch evenings listening to grandma and my aunts talking. Some are real people while others are composites of people I’ve known during my life.”

Henry Timm, a well known Door County writer, producer, and actor, directs the performances. The performers include Barbara Fuhrmann, a seasonal Door County resident, whose acting career stretched from New York City to Chicago and locally with the Peninsula Players. Dennis Lonstine, a retired educator, assumes the other role. He was a professional Equity actor in Chicago before moving to Door County. Lee Nordgren, known locally for his lively piano performances, will add music of the 1930s.

Because many are experiencing economic hardship during the current recession there will be no admission charged. The people involved in the project are donating their time and would like this event to be a gift to the people of Door County. “It is timely because the reading shows how ordinary Americans coped with hard times in the Great Depression of the 1930s,” says Larsen.

Larsen is active in two poetry-critiquing groups and other local poetry projects. The most recent of her six published books is titled Obits: Reading Behind the Fine Print.

The free performances will be held at Shepherd of the Bay Church, located on Highway 42 in Ellison Bay at 7:30 pm on May 4 and 3 pm on May 5.

Smell of fresh bread fills her kitchen,
drifts into the parlor,
mingles with kerosene fumes from the heater,
scent of geraniums on window sills.
Carpet’s worn from Cecil’s restless rocking,
in time to music on the Philco near his chair.

Along one wall the local lending library,
open each day from two to four.
Tired volumes line up in neat rows;
a wooden recipe file holds the checkout cards.

Village book borrowers are her lifeblood,
a chance to talk, share a laugh,
exchange some views.
Children delight her most,
she sometimes reads them stories;
Peter Rabbit is their favorite,
also that of Cecil, her child of 32.