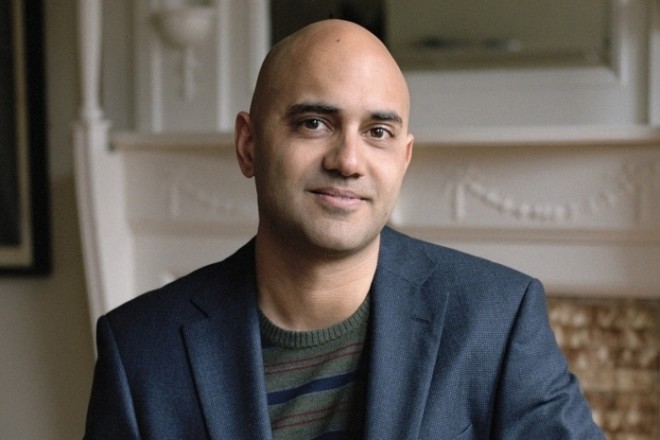 Ayad Akhtar is a first generation Pakistani-American screenwriter and playwright from Milwaukee. ‘American Dervish’ is his first novel. Submitted photo.

Akhtar, like his 12-year-old protagonist Hayat Shah, was raised in Milwaukee by Pakistani parents.

“I can’t tell you how delighted and honored I am that Door County Reads chose American Dervish,” he said. “Though I don’t live in Wisconsin anymore, I still feel very much that Wisconsin is home. So it’s that much more an honor.”

While young Ayad never visited the peninsula with his family, “I feel like I know it,” the author added, “because so many of my friends spent summers in Door County.”

Because of growing up in the Midwest, Akhtar has credibility as he writes of the fictional Hayat’s struggles to find his identity as a Muslim living in a Christian and Jewish culture during the Carter administration. 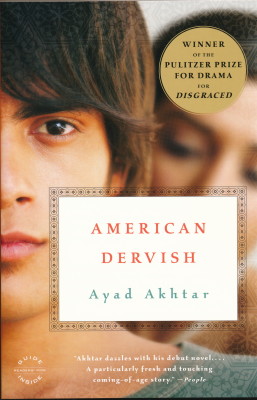 But the greatest value of the novel is the glimpse it provides into a Pakistani-American society as the central character tells his story from the perspective of a university student in 1990 looking back on his coming-of-age as a 12 year old. Akhtar’s novel succeeds in humanizing a culture that appears strange and threatening to xenophobes because of dress, customs and religious practices. But the reader learns that individuals identified as Muslims, like those seen as Christians, range from devout to casual practitioners and include non-believers as well. The Pakistani-American society in general is as morally ambivalent as is mainstream America.

Those familiar with the term dervish when it is used figuratively to describe frenzied highly energetic activity, might at first be confused by the title of the novel as it refers to Sufi Muslim ascetics known for self-effacement, intentional poverty, and an ego-rejecting austere lifestyle with the goal of approaching God. The “whirling dervish” dance that is practiced by some is an attempt to fall into a trance that will allow them to reach Allah.

The boy Hayat becomes an American dervish when he devotes himself to prayer and his own brand of asceticism with the hope of becoming a hafiz after memorizing the Quran. His teenage angst is brought on in part because of the rocky marriage of his parents, a father who rejects the Muslim faith and the sanctity of his marriage, and a mother who refuses to accept the traditional passive role of a Muslim wife. Hayat develops a crush on Mina, his mother’s best friend who came to the U.S. from Pakistan to live with them. As the boy is sexually coming of age, he has difficulties dealing with her suitors.

While traditional Sufi dervishes give up everything for Allah, Akhtar’s American dervish eventually finds a middle ground by which he gains insight into the people close to him, and subsequently a better understanding of himself and values that are important to him.

Ayad Akhtar is an award-winning actor and playwright, as well as a novelist. He acted in the films The War Within (and wrote the screenplay) and Too Big to Fail. His play Disgraced received a 2013 Obie Award and the 2013 Pulitzer Prize for Drama. He also received a 2006 nomination for the Independent Spirit Award for Best Screenplay for The War Within. Both The War Within and Disgraced, like American Dervish, deal with Muslim-American issues.

Door County Reads is now in its sixth year; this year’s choice, American Dervish, has been available at Door County libraries thanks to the Friends of Door County Libraries. The program extends from Jan. 25 through Feb. 13, and includes book discussions, guest speakers, films, and play readings in connection with the novel and its themes. All of these events are sponsored by the Door County Library Foundation and presented at no charge. For more information visit doorcountyreads.org or call 920.743.6578.