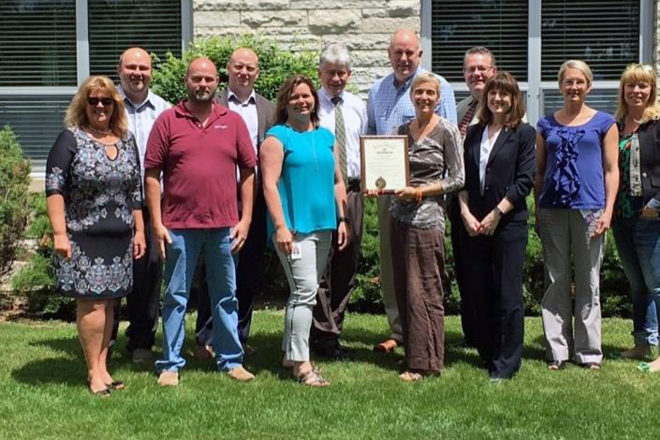 Door County has been certified as a “Broadband Forward!” community by the Public Service Commission of Wisconsin, which distinguishes the county as supportive of increased broadband access by taking steps to reduce obstacles for private and public investment.

“Door County is a great example of a rural Wisconsin community working hard to ensure their community is connected,” Walker said. “It’s an important stepping stone into further broadband expansion and economic development.”

“Expanding broadband is critical to Door County and we need to take all the steps we can to reduce the hurdles for deployment of additional infrastructure,” said County Administrator Ken Pabich. “Our Broadband Forward certification sends the signal that we’re serious about working with broadband providers to extend service.”

“The State Broadband Office at the Public Service Commission stands ready to serve as a resource to communities and providers looking to maximize broadband infrastructure investments in Wisconsin – with the goal of bringing broadband service to every corner of our state,” Walker said.

To assist in the expansion of broadband in Wisconsin, Gov. Walker created the Broadband Expansion Grant Program in the 2011-2013 biennial budget. In 2015, Walker and the Legislature tripled the amount of funding for broadband expansion grants to $1.5 million annually, with a total of $6 million allocated from the Universal Service Fund cash reserves to fund grants during a four-year period. Most recently, Walker has proposed an additional $35.5 million for broadband expansion efforts via the expansion grant program and TEACH grants.

“In addition to these significant and flexible public-private grants, a six-year, $570 million federal program is providing funding to expand rural broadband access in Wisconsin,” Walker said. “Any improvement in the speed and efficiency of these investments, such as that provided by the Broadband Forward! Community Program, will make a significant difference in Wisconsin.”