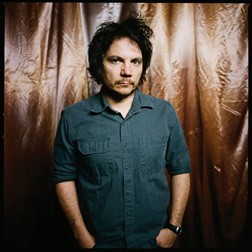 On July 8 at 8 pm, the Door Community Auditorium (DCA) in Fish Creek will present Jeff Tweedy, and on July 12 at 8 pm, folk-rock icons Indigo Girls will they play their first-ever concert at the DCA.

Tweedy, leader of the American rock band Wilco and the alt-country band Uncle Tupelo, is one of contemporary American music’s most accomplished songwriters, musicians and performers. He has written original songs for seven Wilco albums, sold millions of records worldwide, won multiple Grammy Awards, and earned rave reviews from critics and fans alike. Wilco’s latest studio album, 2009’s Grammy-nominated Wilco (The Album) landed on many critics’ lists as one of the year’s best albums.

Since their formation over two decades ago, the Indigo Girls have become one of America’s most beloved vocal groups. They have garnered six Grammy nominations and consistently play to enthusiastic audiences throughout North America and Europe. During their long, successful musical career, the Indigo Girls have remained fresh and relevant, securing their spot as one of the most legendary musical acts of this generation.

Though the Indigo Girls have achieved great commercial success in their career (particularly with such recognizable hits as “Closer to Fine” and “Galileo”), they have always maintained a strong sense of intelligent song craft and musical integrity.